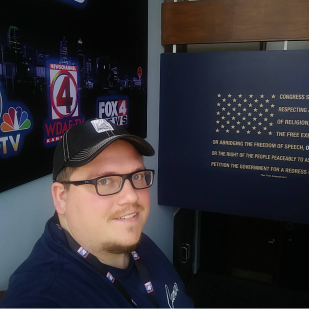 Brian Dulle joined the FOX4 team in September 2018 as a Multi-platform producer.

Brian grew up in Kansas City, Kansas, where he graduated high school from Sumner Academy of Arts and Sciences. In 2007 he earned the rank of Eagle Scout from the Boy Scouts of America. He was a member of the International Thespian Society and wrote and directed his own play his senior year of high school.

Brian continued his education at Washburn University in Topeka, where in December 2012 he earned his Bachelor of Arts in Media Writing and Publishing. During his time at Washburn, Brian worked for Washburn Student Media, where he became Online Editor in Chief for the Washburn Review from 2011 to 2012.

Brian has a strong passion for journalism, particularly on the digital side, where there is an unlimited opportunity for creativity.