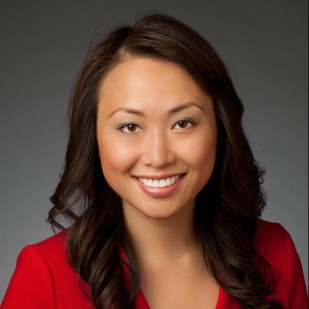 Gia Vang joined the Fox 4 news team as a reporter in October 2011.

Gia worked as a reporter and weekend anchor for KEZI in Eugene, Oregon before landing in Kansas City, Missouri. There, Gia was first to report on an investigation into the torture and death of a local girl by her mother, that rocked the community for a year until her mother was sentenced to death. Gia also covered tsunami warnings along the west coast after the Japan earthquake. And she’s covered her share of sports too, following the Oregon Ducks road to the BCS national championships in 2010.

Gia is ecstatic to be covering news in the midwest and feels extremely lucky to be doing what she is passionate about. She is originally from Sacramento, California. She studied journalism at California State University, Sacramento. She knew at an early age she wanted to tell stories. In fact, she used to write stories for extra credit in elementary school!

On her free time, you can find her exploring, whether that’s the region’s landscape, a restaurant, a dinner recipe, shopping hot spots, or vintage stores. Gia also loves to catch up with her big family back home in California. She has 8 siblings and several nieces and nephews.

If you have a news idea, or just want to say hello, send Gia an email at gia.vang@wdaftv4.com. You can also find her on her Facebook fan page, facebook.com/GiaVangFox4, to get updates on the stories she is working on.