According to the results of two preliminary studies, eating more protein from plant sources or dairy while reducing how much red meat you consume could help you live longer.

“It isn’t enough just to avoid red meat — it’s also about what you choose to eat in place of red meat,” Dr. Zhilei Shan, lead study author and postdoctoral research fellow at the Harvard T.H. Chan School of Public Health, said in a news release.

They include healthy fats, vitamins, minerals and antioxidant “phytochemicals,” which he said “have been associated with lower risk of chronic diseases such as diabetes, cardiovascular disease and some cancers.” 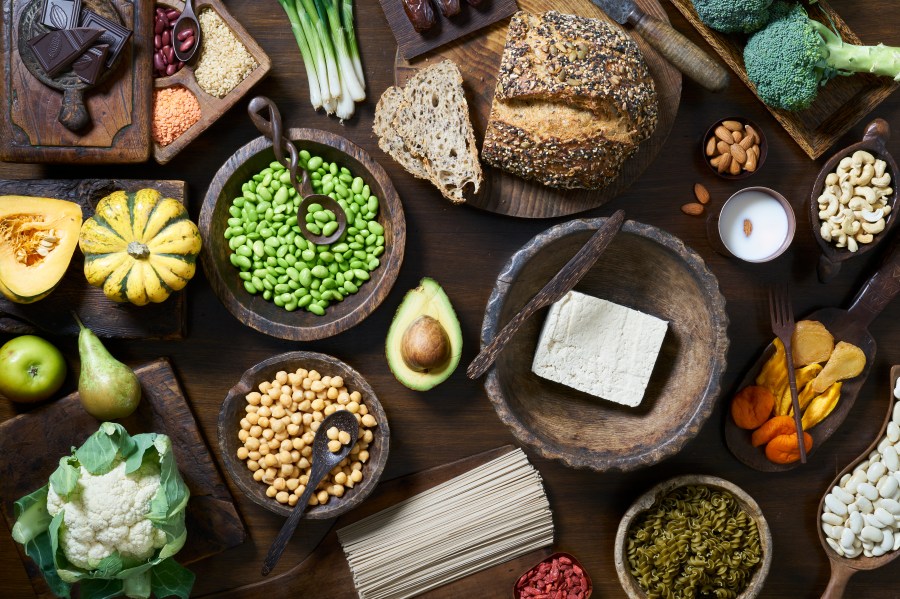 “Based on statistical modeling, if you replaced 5% of animal protein with plant protein, that was associated with almost a 50% lower risk of mortality,” said study co-author Dr. Frank Hu, who chairs the department of nutrition at Harvard University’s T.H. Chan School of Public Health.

“That’s very large — it means that you have to replace more than one third of your animal protein with plant protein to get a huge benefit,” he added.

“In real life for most people that’s not realistic, but still there is this expansion benefit when plant protein is used to replace animal protein,” Hu continued. “The benefit is more pronounced when red and processed meats are replaced by plant protein sources.”

The research was presented at the American Heart Association’s Epidemiology and Prevention and Lifestyle and Cardiometabolic Health Scientific Sessions 2020 on Thursday. Only abstracts of the two studies were available.

The second study found that replacing one serving per day of red or processed meat with foods such as nuts, whole grains or dairy was associated with up to a 47% lower risk of having coronary heart disease.

However, this research only focused on men, looking at the 43,259 all-male participants in Harvard’s Health Professionals Follow-up Study, which began in 1986. The men completed a questionnaire about their diet every four years through 2010.

“On average, Americans eat approximately 3.5 servings of red meat each week, and about one-third have red meat daily,” said Dr. Laila Al-Shaar, the lead author of the study and a postdoctoral research fellow in the Harvard T.H. Chan School of Public Health’s Cardiovascular Epidemiology Program.

“Our findings suggest that even partial replacement of red meat with healthy, plant-based sources of protein could substantially reduce rates of coronary heart disease in the United States.”

Public health officials have long urged people to eat less red and processed meat because of links to cancer, heart disease and other illnesses.

WHO’s stance is echoed by the UK’s National Health Service, the American Cancer Society and the American Heart Association.

Sometimes the advice from health experts has been contradictory. An analysis of existing research published last year failed to find “any certainty that eating red meat or processed meat causes cancer, diabetes or heart disease” although that study was roundly criticized.

Dr. Eduardo Sanchez, the American Heart Association’s chief medical officer for prevention, said it’s understandable that people do get confused about the guidance on red meat, and what is usually characterized as a Mediterranean diet is the best option for most people.

“The American Heart Association feels pretty solid about our recommendation that people should eat a diet that emphasizes vegetables, fruits, legumes — which you know are beans and peanuts, nuts — whole grains, lean protein and fish,” said Sanchez, who was not involved in the research.

“Then there are some things that we recommend that people minimize — processed meats, refined carbohydrates and sugar-sweetened beverages. So a combination of more of the first list and much less of the second list we believe the evidence says constitutes a healthy heart diet.”

A company has started selling the first blood test to help diagnose Alzheimer’s disease, a leap for the field that could make it much easier for people to learn whether they have dementia. It also raises concern about the accuracy and impact of such life-altering news.

Independent experts are leery because key test results have not been published and the test has not been approved by the U.S. Food and Drug Administration — it's being sold under more general rules for commercial labs. But they agree that a simple test that can be done in a doctor’s office has long been needed.

HOLTON, Kan. (AP) — Small rural hospitals in Kansas and Missouri are increasingly spending hours searching for facilities they can transfer patients to because they are struggling to cope with the surge in coronavirus cases.

As the region's hospitals fill up with COVID-19 patients, smaller hospitals like the one in Holton, Kansas, are finding it difficult to treat patients who don't have the disease but still need care.

The nation's top infectious disease expert said Sunday that the U.S. may see “surge upon a surge” of the coronavirus in the weeks after Thanksgiving, and he does not expect current recommendations around social distancing to be relaxed before Christmas.

Meanwhile, in a major reversal, New York City Mayor Bill DeBlasio said the nation's largest school system will reopen to in-person learning and increase the number of days a week many children attend class. The announcement came just 11 days after the Democratic mayor said schools would shut down because of rising COVID-19 cases.

A mysterious object is expected to whizz past Earth Tuesday

How to watch out for scams as a coronavirus vaccine nears