Replay last year’s parade in the video player above.

Snake Saturday Parade in North Kansas City kicks off a week of celebration of Irish culture and history. The event on Saturday, March 16 typically brings in about 100,000 people to historic, downtown North Kansas City.

The parade begins at 16th and Swift, turns right on Armour Road, then another right on Howell and continues to 16th Avenue.

FOX4’s Nick Vasos and Loren Halifax will emcee the parade from the main stage. Meteorologist Joe Lauria will act as a street announcer. 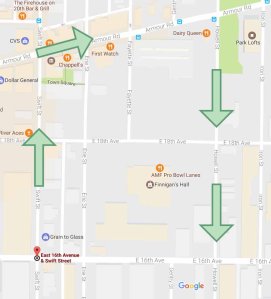 FOX4 will live stream the parade on FOX4KC.com starting at 11 a.m.

The Snake Saturday parade occurs in the midst of the Snake Saturday Festival, which will include a free children’s area filled with family activities including a barrel train, airbrush tattoos, pony rides, a petting zoo, a tricycle obstacle course and more.

Additionally, charities go “all out” designing parade entries to win prize money for their organization. Over the duration of the parade and festival more than a million dollars has been distributed to charities.

Replay last year’s parade in the video player above.

FOX4 is honored to be the official broadcast and live stream partner of the St. Patrick’s Day Parade.

The annual St. Patrick’s Day Parade begins at Linwood and Broadway at 11 a.m., then proceeds south along Broadway to 43rd Street.

FOX4’s Kathy Quinn and John Holt will emcee the parade.

Actor and KCK native Eric Stonestreet will be the grand marshal. Stonestreet is best known for his role on the sitcom “Modern Family.” He is also a huge fan of the Chiefs and Royals.

If you are interested in participating in the parade, they are taking applications. Click or tap here for more information.

KANSAS CITY, Mo. — FOX4 has partnered with TORO to help celebrate Father's Day! No matter how bad "dad jokes" are, they always manage to get at least a chuckle out of us. Deep down we may actually think they’re funny, or maybe we just love to see our dad's smile because they made us laugh.

Now through June 19th at noon, we are accepting your best groan-worthy material. Each entrant will be entered to win a Toro TimeMaster 30” Walk Power Mower, valued at $1,149! Your entry could even be read on air! Remember, these are "Dad Jokes" so keep them family-friendly.

Ingredients: 12  dinner rolls can use 12-count package Kings Hawaiian 1/4  cup  butter melted 1 package ranch seasoning 6  slices  sharp cheddar cheese 12  slices  cooked ham 6  slices  provolone cheese Directions: Click or tap here for the step-by-step direction guide. Or watch Karli Ritter walk through the recipe in the video player above.  More recipes: Sign up to receive a weekly email from FOX4 with the recipes we featured on our FOX4 newscasts. Click here to add your name to the list.

KANSAS CITY, Mo. -- FOX4 asked you to share your questions about the coronavirus, and we asked Dr. Darrin D’Agostino from Kansas City University to answer them. Dr. D’Agostino answers the following questions in the video player above: Many people are hesitant about getting a COVID-19 vaccine when one becomes available. What goes in to developing a vaccine? How much testing do scientists do? Does prior exposure to the common…