She attached a picture of her grandma at the Royals game, holding a sign Grandma made. The woman wasn’t seeking the attention of Lorenzo Cain or Mike Moustakas or Eric Hosmer, but instead a little love-pat from Rusty Kuntz, 61.

Gigi got mostly what she wanted.

“Rusty acknowledge the sign with a smile and a wave and we all got a kick out of it, especially Gigi,” said Wells.  “During the next inning Rusty came over to our suite and asked for Gigi and gave her a pat on the head and told her ‘good game!’ 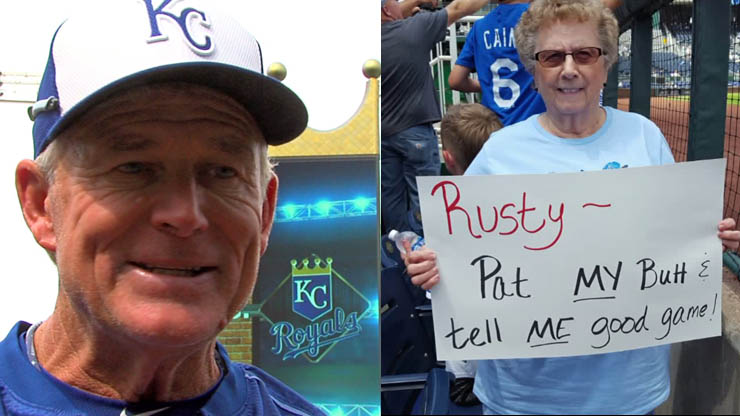 KANSAS CITY, Kan. -- A local hero got some help today from a three charity organizations, including one run by a former Chiefs player.

Cars 4 Heroes, Answering the Call, and the Deron Cherry Foundation handed over the keys to a wheelchair-accessible van to a beloved Kansas City, Kansas fire chief.

Join your "Top of the Morning" team on March 17th at 9 a.m. for a one-hour special celebrating all things Irish in Kansas City. From floats to Irish dancers and live music, FOX4 is highlighting the families and organizations that have been the heart and soul of the parade for more than 40 year.

KANSAS CITY, Mo. -- Kansas City is know for its BBQ, but it's also a taco town.

In it's March edition, Kansas City Magazine dives face first into the world of tacos. Writers sampled hundreds of shops around the metro and then narrowed it down to the top 35.