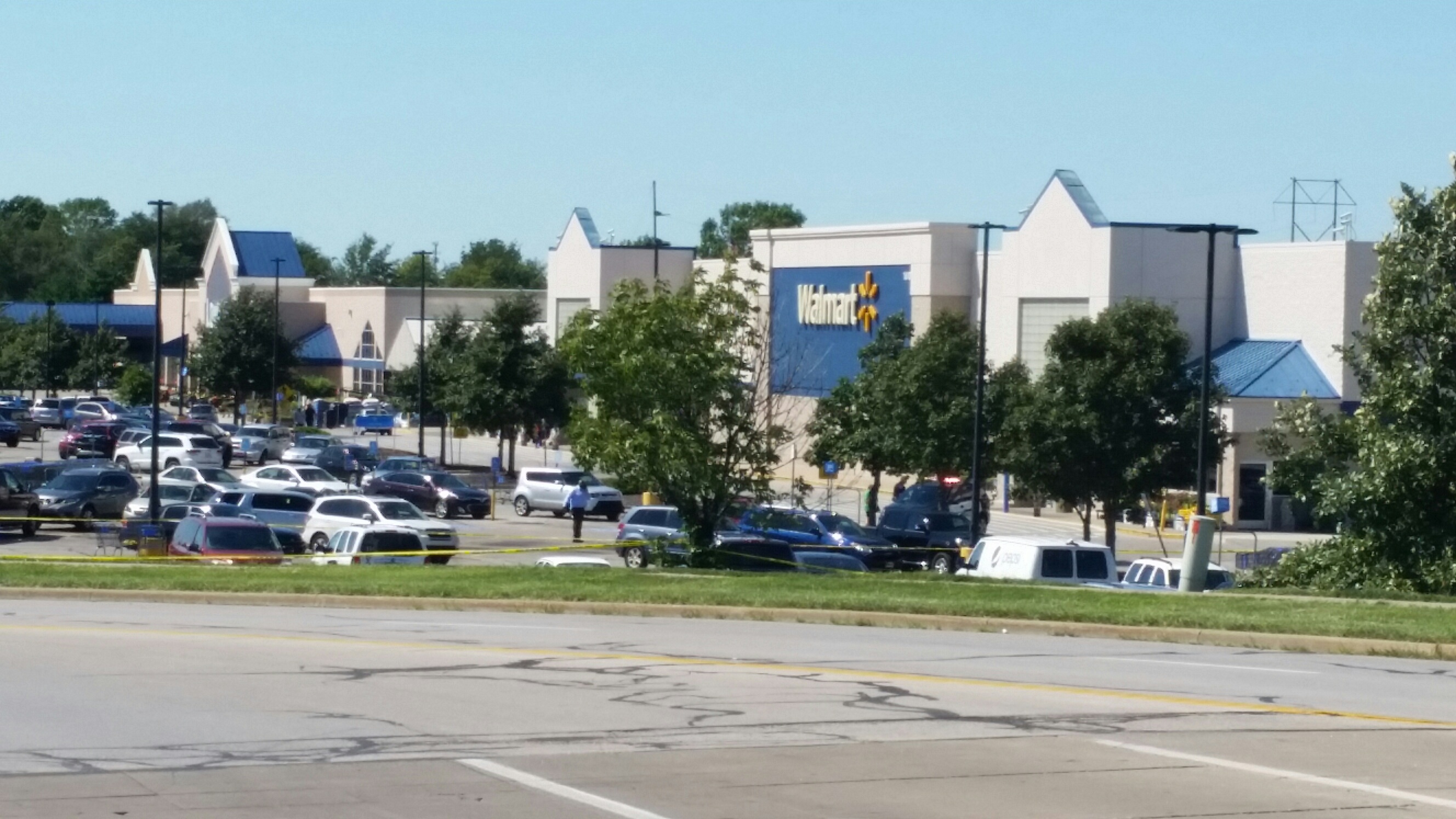 SHAWNEE, Kan. — Police are investigating after a shooting in the parking lot of a Wal-Mart on Shawnee Mission Parkway off Interstate 435.

Police said the incident began when two suspects approached a woman in the parking lot putting her baby in a car seat, and hit the woman in the head. That’s when a Good Samaritan stepped in to help her, and was subsequently shot multiple times by one of the suspects.

Another bystander then shot one of the suspects, who died at the scene. The other suspect fled the scene, but was caught by a K-9 team east of the Wal-Mart.

The mother was taken to the hospital with critical head injuries. The Shawnee Police later said she was upgraded to fair condition and may be released from the hospital soon. The baby was unharmed.

The bystander who was shot was also taken to a hospital with critical injuries. Police later said that person was awake and alert, and underwent surgery on Sunday.

Shortly after the shooting, police took someone into custody for questioning but later determined that person was not involved in the crime.

FOX 4 spoke to Janet Lewis, a mother who lives in an apartment complex across the street from the Wal-Mart. She said police came and arrested her son in the parking lot outside her home, accusing him of being one of the suspects.

Police said he matched the description of what they obtained from Wal-Mart surveillance cameras. Lewis said her son is innocent, and was at home when the shooting happened.

“As I come pulling up, I see them arresting my son. I didn’t make it to park the car because as I seen my son, and the police around my only child, I sped up,” Lewis recalled. “He was a little pissed off. I’m going to put it out there. He was pissed off.”

Lewis said the police eventually did take her son into custody as a possible suspect.

Police said the female victim has been upgraded to fair condition. The baby was unharmed.

There is no word yet why the suspects attacked her, or if they knew her. The investigation is ongoing.

Joe’s Blog: How accurate are our winter forecasts