The incident was reported to the shooting after 1 p.m. near 63rd and Manchester Avenue in Kansas City, Missouri.

The victim who died was a black man in his forties and the victim that was critically injured was a black woman in her forties, according to police. The two were found in a vehicle off the road near James A. Reed.

Police said it appears the gun fire happened while the vehicle was moving.

No suspect information has been released at this time. Anyone with information is asked to call the TIPS hotline at 816-474-8477. 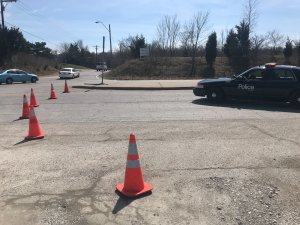 KANSAS CITY, Mo. — Do you have unclaimed money? Here's how to check if you live in Missouri or Kansas. In Missouri There is currently $1 billion of unclaimed property in Missouri. So, how do you reach into those digital couch cushions and see what you find? It’s a surprisingly simple process. Simply go to ShowMeMoney.com (which directs you to the Missouri treasurer website), where you can search your name and see the results.…

HOLYOKE, Mass. - A veterans care facility in Massachusetts has reported another death of a veteran, bringing the total number to 23.

Brooke Karanovich, spokesperson for the Office of Health and Human Services provided the following update regarding Soldiers' Home in Holyoke:

PERRY, Kan. — Divers have recovered the body of a Kansas trash truck driver who was reported missing on Friday. Authorities say 32-year-old Bernard Singleton, of Topeka, apparently lost control of his truck west of Perry, which is approximately an hour drive from Kansas City, during inclement weather Friday morning. The truck hit a guard rail and overturned in the river, where it sank. Jefferson County Sheriff Jeff Herrig said…

Kansas searchers find body of child swept away in river

Kansas searchers find body of child swept away in river