But 10 years ago, one woman at the Kansas City Police Department had to convince a lot of people that being on social media was a good idea.

From #StolenColon to the #LipSyncChallenge, Kansas City Police have had some memorable tweets over the years. 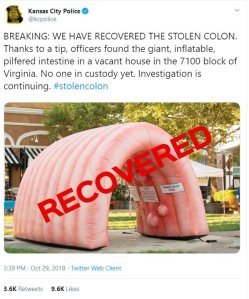 “I knew from the beginning we needed to showcase the good stuff our officers did because that wasn’t the story that got told as much,” KCPD Public Relations Specialist Sarah Boyd said.

“I wrote a 15-page memo in 2009 to justify us being on social media because I could tell that’s where things were going,” she said.

Early tweets often read more like police blotters and didn’t initially generate the more than 238,000 followers the department has today.

Those started to come with a KCPD social media innovation, the tweet-along, giving followers an inside look at what it’s like to be a cop.

“People said it was like ‘Cops,’ the TV show, on Twitter. We took a picture of the crack and put it on Twitter and people were amazed like, ‘I’ve never seen crack before,'” Boyd said.

Monday marked the 5-year anniversary of a simple request to stop committing crimes so officers could listen to the end of the Royals epic Wildcard comeback.

It was about the same time Boyd started warning drivers annually about deer “on a quest for lovin.” 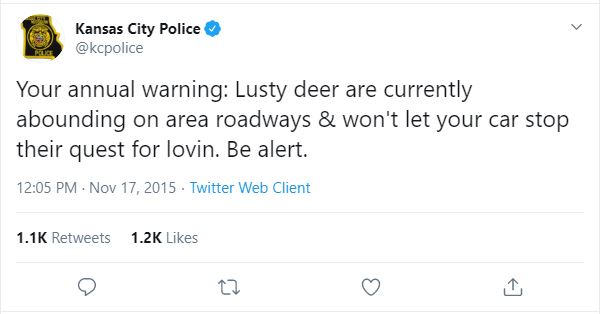 “That also goes with putting humor with a public safety message. I could just say ‘look out for deer,’ and nobody is going to pay attention to that. But if they are lusty deer, everybody listens,” she said.

Boyd, who admits the department’s social media might be a little more snarky or pushing the envelope than others have been in the past, said she’s learned a lot over the past decade about what content users want and what they think is important to see.

She still doesn’t have the police powers to arrest whoever ranked Patrick Mahomes the NFL’s 6th best quarterback.

“We don’t think this is a crime, but it should be. It should be,” she tweeted. 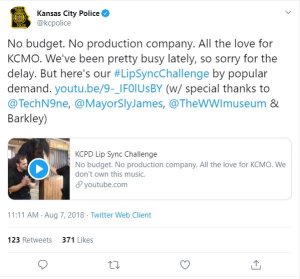 But Boyd said the page has led to plenty of arrests over years and hopefully provided useful information mixed in with a bit of humor.

“If you can laugh with us, you realize that we are people, too, and that the police want to be part of the community and be approachable and be someone that can help you,” she said.

Social media also is a way for residents to communicate their concerns with police. Boyd said she always tries to respond to them or forward them on to her supervisors.

But one thing they’ve been finding happening more often, people tweeting at them in an emergency. Boyd reminds people in distress to dial 911.

JEFFERSON CITY, Mo. — Missouri senators on Thursday advanced a bill that would allow judges to try some children as adults for felony crimes and temporarily lift a requirement that St. Louis police live in that city.

Republican Gov. Mike Parson called for those changes in response to a surge in murders in the state's cities.