PITTSBURG, Calif. — Graduation day at one California high school is going to include a very unusual phenomenon.

It’s something that had actually been right in front of students and teachers every day for years, but they never quite realized it: There’s an unbelievably large number of twins at the same school — all graduating in the same year, KGO reports.

That’s especially true for Mykayla and Myles Grant. They’re twins, with all the closeness that implies, and they’re heading for separate colleges.

“Our time together. We laugh almost every day,” Myles said when asked what he’d miss about his twin.

“I think we’re ready,” Mykayla said. “It’s going to be hard but I think we’ll be ready.”

At least they’re not alone in this dilemma. Their senior class has other twins — 14 other sets to be precise! 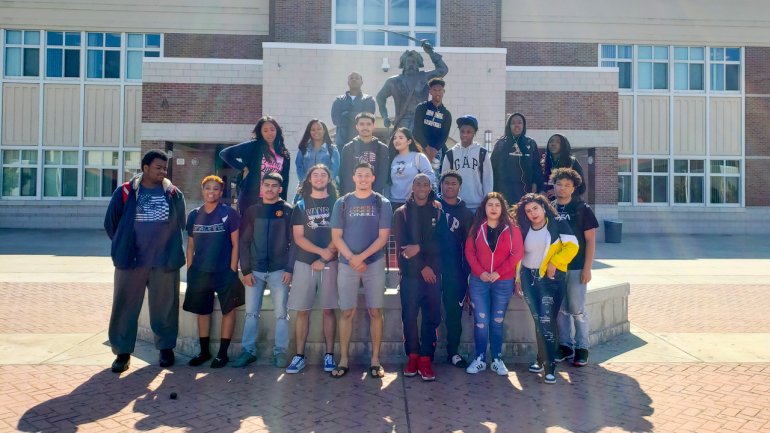 Nobody made the connection until recently when Melany Mosely got all of the 2019 twins together for one picture.

“They knew they were twins,” Melany said. “They did not realize there were so many sets.”

“The crazy part is I have had classes with more than one set of twins but never two and two together,” Mykayla said.

Statistics indicate that for every 200 people, we’ll see three sets of twins. Based on the class size at Pittsburg High, that would mean seven sets of of twins.

But this high school more than doubled what science calls for.

So how do you explain it?

He’s never encountered this many twins in a single class. He said he wouldn’t mind a few more.

“They support each other,” Whitmire said. “Twins often have a very strong and unique bond with one another.”

It’s called that twin thing, that unnerving feeling that, as you talk with two, you’re also dealing with one.

Leaving home at graduation is stressful enough. But there’s no guidebook for twins.

“Splitting up. There has always been the two of us, and it sounds cliché, but this is my other half,” Mykayla said.

JACKSONVILLE, Fla. (WFLA) -- Mary Daniel went 114 days without seeing her husband, Steve. She said their only contact was through a window screen.

“We did two window visits but they're incredibly difficult. He cried at both of them, and so it was a difficult decision that I really made that this wasn't in his best interest,” said Mary Daniel.

DALLAS (AP) — An unopened copy of a vintage Super Mario Bros. video game has been sold for $114,000 in an auction that underscored the enduring popularity of entertainment created decades ago.

A bidder who wished to remain anonymous snapped up an early version of the pioneering Super Mario Bros. game released in 1985 for Nintendo's NES console during an auction conducted Friday by Dallas-based Heritage Auctions.