TEQUESTA, Fla. — A 19-year-old Florida State University student suspected of a killing a Tequesta, Florida, couple Monday night in a brutal, random and unprovoked attack was allegedly found biting off pieces of one of the victim’s faces off when a deputy arrived, according to police.

Deputies from the Martin County Sheriff’s Office responded to the home in the 19000 block of SE Kokomo Lane around 9:20 p.m. after receiving a call from a neighbor who said he’d been stabbed while trying to break up a fight, local television station WPTV reported.

The first deputy to arrive found the suspect, identified as Austin Kelly Harrouff, on top of the male victim in the driveway biting off parts of the man’s face, according to the television station.

The deputy used a stun gun on Harrouff, but it had no effect on the suspect. A K-9 officer also bit him, but that also failed to stop him.

“The suspect in this case apparently was abnormally strong. So getting that excited delirium type increased adrenaline strength,” Martin County Sheriff William Snyder said at a news conference Tuesday morning. “Somebody not feeling pain, not responding to a dog bite, repeated stuns from a Taser, taking three to four deputies and officer dog to get him off. That’s somebody with a lot more strength than you would normally encounter.”

Deputies were eventually pried him off the man’s body and took him into custody.

The suspect was initially identified by Snyder as 23-year-old Austin Michael Moore, according to the Palm Beach Post.  However, the Sheriff’s Office later stated that they believed the suspect gave them the wrong name at the time, and provided the correct one Tuesday morning. 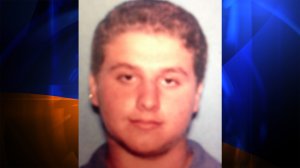 Authorities were trying to determine whether Harrouff was under the influence of drugs at the time.

“It absolutely could be a flakka case. We don’t know,” Snyder told WPTV Monday night. “It will be some time before we get any kind of toxicology report. I would not be surprised though if we end up finding that is the case.”

Investigators found the victim’s wife dead in the garage. Deputies initially said the suspect and victims knew one another, but later stated the attack appeared random and unprovoked.

Harrouff was apparently visiting his mother who lived a few blocks away from the victims. He was eating dinner with relatives at a nearby restaurant when the suspect became upset over the slow service and left, Snyder said, according to WPTV.

His parents, concerned about the agitated behavior, called police and his fraternity brothers in an attempt to track him down.

The fatal attack occurred in the couple’s garage about 45 minutes later. A neighbor was also attacked, but survived and called 911.

The neighbor was hospitalized with serious injuries, but is expected to recover, authorities said.

They are still trying to determine a motive for the double homicide.

NEW YORK -- The NFL sent a memo to teams regarding COVID-19 vaccinations and the upcoming 2021 season.

According to the memorandum, all Tier 1 and Tier 2 employees, excluding players, will be required to be vaccinated to keep their tiered access without a "bon fide medical or religious ground."

The newly-elected lawmaker's adult children told The Kansas City Star Roeber sexually and physically abused them around 1990. They made those claims during Roeber's 2020 campaign and after he won his race.

LOS ANGELES (AP) — The “prime suspect” was arrested Tuesday in the 25-year-old disappearance of a California college student and the San Luis Obispo sheriff planned to announce “major developments” in the case.

Paul Flores, 44, who was the last person seen with Kristin Smart before she vanished in 1996, was taken into custody in the Los Angeles area. His father, Ruben Flores, 80, was arrested as an accessory at his Arroyo Grande home, where sheriff’s investigators conducted another search.

FDA & CDC explain decision to pause J&J vaccinations in US, not stop them