NORTH KANSAS CITY, Mo. -- School just started back up this week for some students in the North Kansas City School District.

This is the fourth year Winnwood and Crestview elementary schools have extended calendars with classes practically year-round.

When the program started, Winnwood was one of the lowest-performing schools in the state in the bottom 15th percentile. But test scores and retention have improved since year-round school started, according to school administrators.

To avoid drops in retention, Crestview and Winnwood added 30 days to the school, starting in summer 2014.

Winnwood Principal Leah Copeland said there were only eight days off classes between last school year and the new one that started Monday. 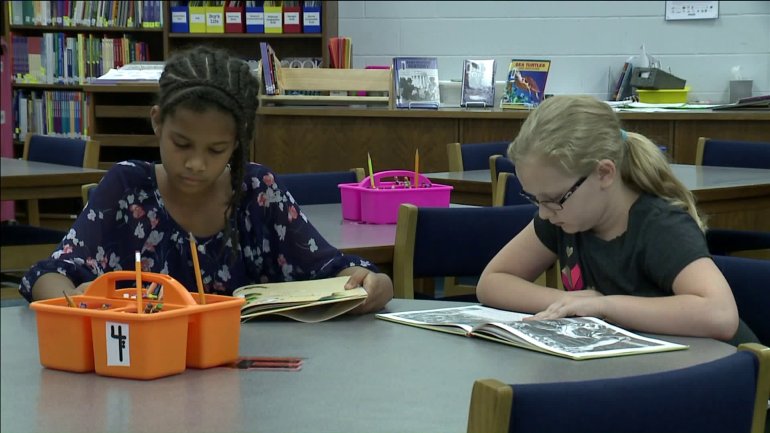 "We're now in the top third of schools performing in our district," Copeland said. "We've made radical progress, and that actually happened within the first two years of the program and since then we've maintained steady progress or continued to grow."

At Winwood, MAP scores in math went up 16 percent and increased by 26 percent in English language arts. At Crestview, school performance improved from the bottom 15th percentile to 77th in the state.

"The number one indicator of our success is having additional time with our students," Copeland said.

Year -ound school is becoming more common. The Congressional Research Service says in 1985, 410 public schools had year-round class schedules. By the 2011-2012 school year, there were 3,700 public schools on that system.

But there are opponents to year round school. Data from Elon and Ohio State universities shows year-round school had no impact on student learning and cut in to time for extracurricular activities.

North Kansas City is the only district in the state with extended school years.

They cost about 25 percent more than running on a traditional calendar. But the district said they get additional funding from the state because of the longer year and will evaluate in about a year to determine whether the benefits are worth the cost.