HENRY COUNTY, Mo. — Three people including an infant girl are dead after a crash in Henry County, Mo., Sunday.

The crash happened on 13-highway just north of Clinton at about 6 p.m. Sunday. An 80-year-old driver heading northbound was trying to pass a car when he hit another head on. The Missouri State Highway Patrol said Ray Kegley, 80, was trying to pass on a hill when he slammed into an oncoming car.

Kegley and the driver of the other car died, as did a baby girl in the second car.

The victims were identified as William Leonard, 20,  and Taylor Leonard, 0. The Missouri State Highway Patrol crash report said William Leonard was driving a 2000 Pontiac and was wearing a seat belt at the time of the crash. Leonard’s wife, Katrice, 18, survived the crash. The two were married only two months ago.

The crash report said Kegley was driving a 2015 Chevy and was not wearing seat belt. 52-year-old Tammy Goff, also in Kegley’s vehicle, survived.

Katrice Leonard and Goff were air-lifted to a Kansas City hospital from the scene.

“We are all shocked and overwhelmed,” Katrice’s mother, Patricia Roble said in a statement. “We lost a beautiful baby girl and a wonderful man, my daughter’s husband of just two months. I do want to say thank you to all the people who came to the scene of the crash and everyone at LifeFlight Eagle who got Katrice to Research Medical Center quickly and saved her life.” 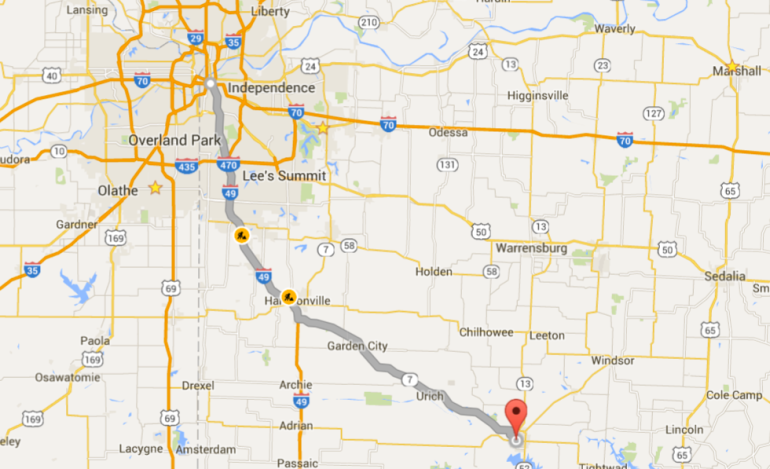 Shelter in Place: One injured in Ill. warehouse fire

Can you catch monkeypox from surfaces?