RICHARDSON, Texas — The FBI is involved in the investigation into the disappearance of a 3-year-old Texas girl, who was last seen at about 3 a.m., Saturday morning after her father reportedly punished her for not drinking her milk. 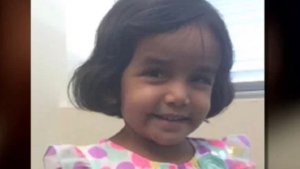 Three-year-old Sherin Mathews was last seen by her father, 37-year-old Wesley Mathews. Mathews told detectives that he told Sherin to stand by a tree about 100 feet from the family’s home because she would not drink her milk.

When he went back to the tree 15 minutes later, he told police Sherin was gone.

The family called police five hours later to report her missing. Mathews also told detectives that he knew coyotes were seen in the area where he left his daughter, which was across an alley and behind a fence from the family home.

Police say they are still trying to figure out why the family waited so long, but say Mathews was arrested on a complaint of abandoning or endangering a child.

Sherin is described as 3-feet tall and 22 pounds with black hair. She was last seen wearing a pink top, black pajama bottoms and pink flip-flops.

Police say tell KXAS that she has “developmental issues and has limited verbal communication skills.”  Investigators say she was adopted two years ago from an orphanage in India. 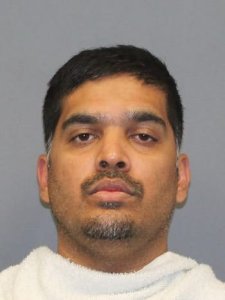 Mathews posted his $250,000 bond and was out of jail Sunday night. Sherin’s mother does not face charges. She was reportedly asleep and unaware of what was happening. Mathews told police that when he discovered she was gone, he went back in the house to do laundry and decided to search for her when it got light.

Police say the parents haven’t talked to them since retaining an attorney.

When asked why the mother has not spoken about Sherin’s disappearance, Starr answered:

Look for updates on the fox4kc app on this and other developing stories.