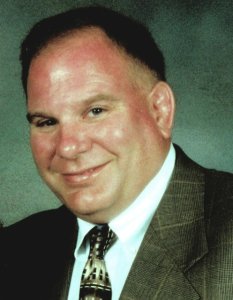 HOLTON, Kan. — A Kansas man is the fourth member of his family to die from injuries suffered in a crash that happened more than a year ago as they returned home from watching the man’s sons play in a state high school football championship, according to a prosecutor and funeral home.

Lee Fred Ukele, 60, a farmer from Sabetha, died last Wednesday at the University of Kansas Hospital, according to Popkess Mortuaries. Funeral services are scheduled for this Wednesday.

He was critically injured in a November 2017 crash that killed his 42-year-old wife, Carmen Ukele; his 11-year-old daughter, Marlee Ukele; and his 62-year-old brother, Stephen Ukele. Jackson County Attorney Shawna Miller said Monday that Lee Ukele was placed in a rehabilitation facility after the crash because injuries to his head and other parts of his body were so severe.

The family was returning home from watching two of Lee Ukele’s sons, Tanner and Carson Ukele, win the championship in Hutchinson, Kansas, with their Sabetha High School teammates when the crash occurred. Authorities have said that Maria Perez Marquez, 49, of Omaha, Nebraska, struck the family’s minivan head-on while trying to pass another vehicle on U.S. 75 north of Holton, about 70 miles (112 kilometers) west of Kansas City.

Coach Garrett Michael said at the time that Lee Ukele’s sons were pulled off the football team bus after a celebratory dinner. A trooper later told them their father, himself a former football player, had been hurt and the others had died.

Marquez is scheduled to be sentenced in June on three misdemeanor counts of vehicular homicide and one felony count of aggravated battery.

Miller said that “unfortunately” she can’t file additional charges against Marquez because she already pleaded guilty in the case as part of a plea deal. She had originally been charged with three felony counts of involuntary manslaughter. But she said the judge could consider Lee Ukele’s death when making a sentencing decision.

“Obviously, myself and the family will ask for the jail time because of all the loss in this case,” the prosecutor said.

WASHINGTON – Justice Ruth Bader Ginsburg died Friday of complications from metastatic pancreas cancer, according to a statement from the Supreme Court.

Ginsburg, the second woman appointed to the court, died at home in Washington D.C., surrounded by her family. She served more than 27 years after her appointment to the court.

KANSAS CITY, Mo. -- Kansas City's popular haunted houses The Beast and The Edge of Hell opened Friday night to hundreds of people looking for a fright.

“What we had to do in putting in all these new elements and thinking about it, we have really cut back,” said Queen of Haunts, Amber Arnett-Bequeaith.

BELTON, Mo. – A Wisconsin man, running cross country to raise awareness about the need for childhood cancer funding, is spending the weekend in metro.

Peter Halper is a little more than halfway through his run across the United States, which started in July.