OVERLAND PARK, Kan. — Her husband was killed in a pileup two weeks before Christmas. She was just two months pregnant at the time.

Nestled on her couch with her sister beside her and her new baby in her lap, LisaMarie Miller is a mother who’s endured a lot of pain — and now joy — in the last seven months.

“It’s definitely been challenging,” she admitted.

The father of three at the time was just 31 years old. 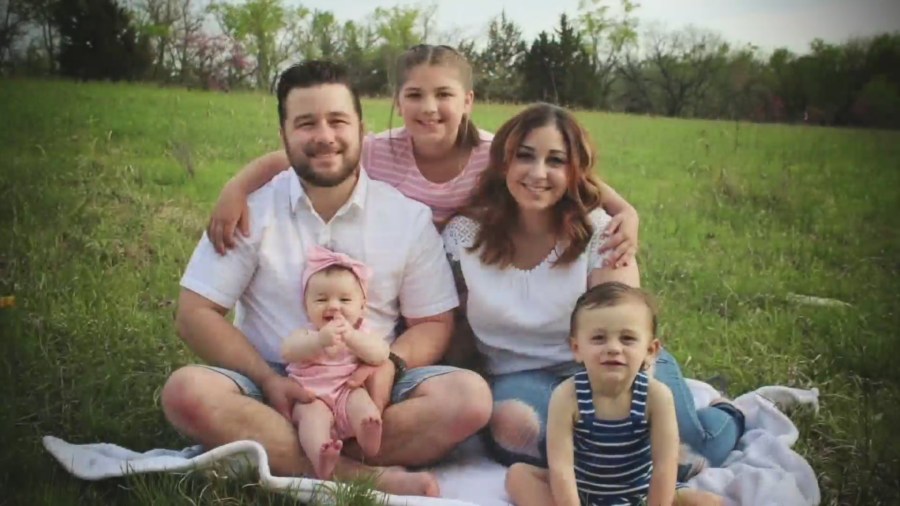 “I will never forget that moment actually. It was very scary,” LisaMarie said.

It was a test of her faith at the time, so too was her pregnancy with their little bundle.

“It was very testing,” she said. “I had more complications with this pregnancy with this one than I’ve had with any of my pregnancies.”

Last Monday, LisaMarie surrounded herself with pictures and reminders of Jesse in the delivery room.

“It brought me comfort, and I know he was with me,” she said. 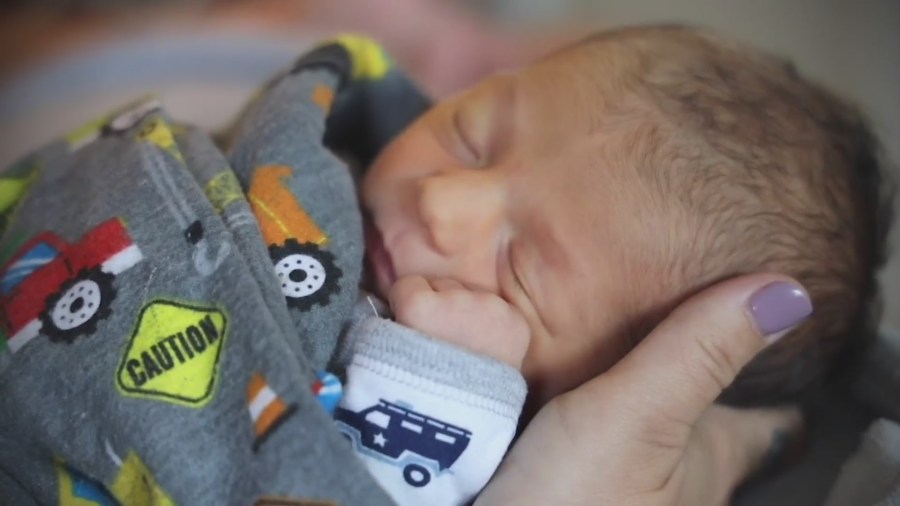 LisaMarie’s sister, Bianca Zerni, is in awe of the strength her sister has shown through all of this.

“It’s really been amazing to watch someone walk through this every day and all the different emotions that are involved in it and how well she’s sustained herself,” Zerni said.

Again, LisaMarie credits her faith and a loving support system.

“I’ve been blessed,” she said simply.

Friday would have been LisaMarie and Jesse’s second wedding anniversary. As she looks to a future without her husband, she wants nothing more than to keep his memory alive for their children.

“I can’t wait to tell him how amazing of a man his daddy was,” she said.

She and her family want to thank all of those who have showered them with love and support these last seven months. They said it’s been truly overwhelming.

The family has set up a Gofundme page to help support their children.

NASHVILLE, Tenn. (WKRN) — Country music superstar Dolly Parton said in a recent interview that she supports the Black Lives Matter movement and protests that are occurring across the country.

"Of course Black lives matter. Do we think our little white a**es are the only ones that matter? No!" the 74-year-old singer told Billboard Magazine in a cover story for its Aug 15 issue.

The tale of two Dennises began when the actor heard from a local news report that a black rescue cat, also named Dennis Quaid, was resident in an animal shelter in Virginia and in need of a loving home.

Ballots were mailed on Wednesday to both the president and First lady Melania Trump at the Mar-a-Lago resort, which Trump lists as his legal address, according to online Palm Beach County elections records. Both previously voted by mail for the presidential preference primary in March, according to records.