Police have a hat that they say the man was wearing and hope someone will recognize it and help identify him.

Sharon Henderson was heading into Walmart off of 117th and Metcalf just before five Monday night when someone came up from behind her and snatched her belongings.

"I had a very good parking place, I was very close to the garden center there," said Henderson.

She says she got out of her car and it started to rain.

"So I was trying to open my umbrella and my purse probably was very loose in my arms," she added.

That's when the thief surprised her, "Behind me, he just snatched it and ran very quickly."

But Henderson wasn't going to let him get away without a fight.

"I was chasing him, I was trying to catch him," Henderson says, "I wanted him to give me my purse back, and I probably would have prayed for him if I caught him."

But he was just too fast, and she didn't get a good look.

Click here to see the video of the purse snatching.

"He was able to get away with her purse and took off running down to the south end and left, and we're not sure if he left on foot or had a car waiting at that location," said Officer Gary Mason, Overland Park Police Department.

"A helpless 80 year old woman that somebody took advantage of," Officer Mason said.

Henderson went into Walmart where the officer there helped her cancel all her cards and contact police. The thief got away with her ID, credit cards, her Medicare card, among a few other things.

"There was not a lot of money in my purse, maybe about $10, not a lot, I'm sure he was disappointed…lots of coupons!" Henderson said as she chuckled a little.

Henderson hopes police catch this man so this doesn't happen to anyone else.

"I also pray that young man will not commit any other crimes," said Henderson.

The suspect is described as a dark-skinned male, wearing a dark colored jacket and khaki pants.

The suspect's hat fell off his head as he was running and was retrieved by the victim. (see photo below)

Police also say this is a perfect reminder of to always be aware of your surroundings. 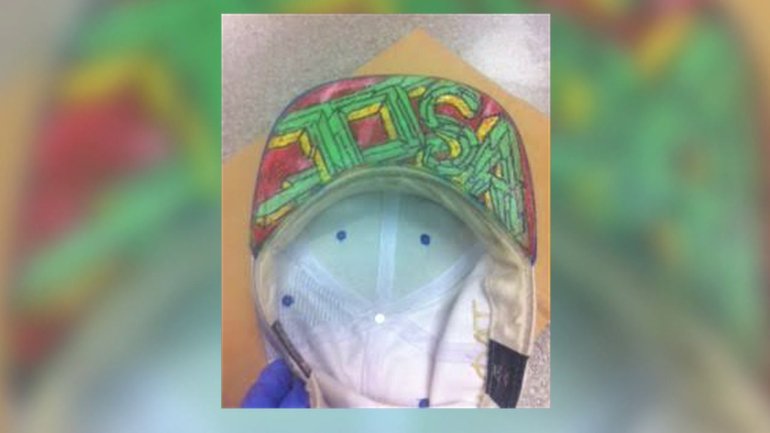 WASHINGTON, D.C. --Military suicides have increased by as much as 20% this year compared to the same period in 2019, and some incidents of violent behavior have spiked as service members struggle under COVID-19, war-zone deployments, national disasters and civil unrest.

While the data is incomplete and causes of suicide are complex, Army and Air Force officials say they believe the pandemic is adding stress to an already strained force.

A massive nationwide treasure hunt with a candy factory at stake is set to start this week in Georgia.

The man behind the Jelly Belly name is hosting a series of treasure hunts around the country before his retirement. Anyone who participates could be eligible to search for the ultimate treasure: a key to one of his candy factories.

WASHINGTON, D.C. — Revelations that President Donald Trump is personally liable for more than $400 million in debt are casting a shadow that ethics experts say raises national security concerns he could be manipulated to sway U.S. policy by organizations or individuals he’s indebted to.

New scrutiny of Trump, who claims great success as a private businessman, comes after The New York Times reported that tax records show he is personally carrying a staggering amount of debt — including more than $300 million in loans that will come due in the next four years.