WASHINGTON — About a third of Americans say blackface is sometimes OK for a Halloween costume, according to a Pew Research Center poll that reveals divides on the issue among political lines.

The survey was conducted mostly before recent controversies over blackface roiled politics in Virginia, where the governor and attorney general both admitted to darkening their skin as part of costumes.

And there’s a long line of politicians and celebrities who’ve gotten flack for wearing blackface.

Now, according to Pew, barely more than a slight majority — 53 percent — of all American adults think its unacceptable for a white person to use blackface in a costume.

Blackface dates back to minstrel shows

The origins of blackface date back to the minstrel shows of mid-19th century. White performers darkened their skin with polish and cork, put on tattered clothing and exaggerated their features to look stereotypically “black.” 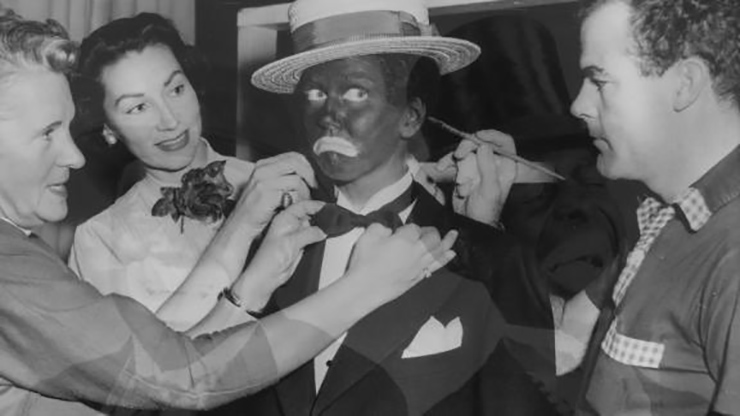 The performances were intended to be funny to white audiences. But to black people, they were demeaning and hurtful.

The poll results also revealed a racial divide. Among white people, 39 percent thought blackface was always or sometimes acceptable as part of a Halloween costume, compared to only 18 percent of black people and 28 percent of Latinos.

More than half of black Americans (53 percent) said blackface as a part of a Halloween costume is never acceptable.

White Americans between the ages of 18-29 were significantly more likely than those over 30 to believe that blackface isn’t acceptable. Twenty-six percent of these younger white Americans said it was always or sometimes OK, compared to 39 percent of whites between 30-49 and 45 percent of 50-to-64-year-olds.

Significantly more Americans find it acceptable to dress as a person wearing traditional clothes from a country or culture other than their own as a part of their Halloween costume, an act sometimes referred to as “cultural appropriation.” Almost 3 in 5 Americans said that it’s always (26 percent) or sometimes (32 percent) acceptable.

Northam has resisted calls to step down since photos of a man in blackface and another in a Ku Klux Klan outfit emerged from his 1984 medical school yearbook. The governor denied being either man in the picture, but later admitted to darkening his face to resemble Michael Jackson during a dance contest in 1984.

In an interview with CBS’s Gayle King, Northam said “the reality has really set in” as to why the use of blackface is offensive.

Herring admitted that he appeared in blackface at a party in 1980, where he dressed up like a rapper.

“That conduct clearly shows that, as a young man, I had a callous and inexcusable lack of awareness and insensitivity to the pain my behavior could inflict on others,” Herring said in a statement. “It was really a minimization of both people of color and a minimization of a horrific history I knew well even then.”

The Pew survey, conducted January 22 to February 5, includes an oversample of black and Hispanic respondents to provide more reliable estimates of those segments of the population. The overall data are weighted to provide a balanced representation of the US population as a whole.

According to the KCK Police Department, officers were doing an area check in a public parking lot in the 600 block of South 71st Terrace aroud 7:40 a.m. when they discovered a stolen vehicle from Leavenworth sitting unoccupied.