According to KCPD, there have now been more people killed this year in KCMO than all of last year and 2019 is not over yet.

“It’s unfortunate to hear about another loss of life in this neighborhood,” Neighbor Darryl Olive said.

Two other people were killed Saturday. The first, a suspicious death at 38th and Monroe, which was followed by a shooting just a few hours later near Gregory and Flora.

That’s three homicides in less than 24 hours and 139 this year to date.

With one month still to go, Kansas City has now surpassed the ‘total’ number of people killed in 2018.

“It’s really shocking and scary that it was so close to where we are,” Olive said.

The rash of violence has rocked olive personally. Three months ago, a man was shot and killed right in front of his home, near Lockridge Avenue and Benton Boulevard.

“So literally my partner was holding the guy in his arms as he bled out,” Olive said.

That man is 26-year-old Isaac Brown. Police are still looking for two people they believe the pair might have information about the August murder. 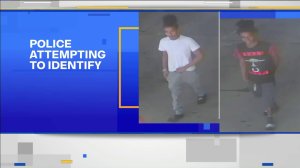 “It’s traumatic. It’s traumatic for the community, it’s traumatic for us on an individual level. It’s something hard to recover from,” Olive said. “Unfortunately, it happened and we’re doing things in this neighborhood to try to support each other and try to prevent that from ever happening again.”

Police have arrested one person in the most recent homicide, the one at 29th and Prospect.

KANSAS CITY, Mo. -- Police are asking for help identifying a truck involved in a hit and run on July 13 that killed a 58-year-old man.

Police were called to 12th Street and Hardesty Avenue at 9:32 p.m. Responders found the man lying in the street with critical injuries. He was taken to the hospital, where he later died.

KANSAS CITY, MO. -- Federal and state taxes are due on July 15 after a two-month extension due to the hardships from the coronavirus pandemic.

Almost half of those in the U.S. having lost at least some employment income due to the virus. As industries were shut down in March and April, leaders delayed the filing deadline, knowing many would be required to pay additional taxes.

There are no statewide mandates issued at this time. Specific guidelines from nearly every area school are expected to be released on July 20.

One killed, five injured after man drives into Wendy’s in Sedalia; driver arrested