The Clay County Sheriff’s Office said just after 4 p.m. Friday, a deputy tried to stop a black Ford Taurus near Worlds of Fun for a traffic violation when the driver fled.

The car, with two suspects inside, continued to drive erratically and a firearm was thrown from the car near 56th and Drake.

The car eventually stopped near I-35 and Vivion Road. When officers tried to take the suspects into custody, they refused to follow verbal commands and one of the suspects drove toward the deputies, striking a deputy with the car.

When this happened the other deputy shot the suspect, who lost control of the car and crashed into the corner of a house nearby.

Investigators later determined the vehicle was stolen. Neither of the deputies was injured. People inside the house were also uninjured.

The firearm thrown from the car still hasn’t been found and detectives are asking anyone who might find the gun to call the Kansas City, Missouri Police Homicide Unit at (816)-234-5043. 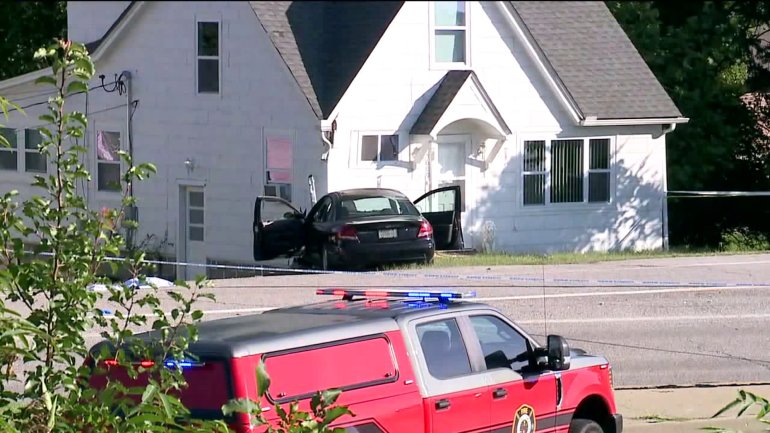