WASHINGTON — Winning a Super Bowl is great, maybe even greater than getting honored with a personal shout out at the White House by President Obama.

But not as great, we’re betting, as getting your grandmother back for Christmas after 16 years in prison.

The Broncos’ Demaryius Thomas can soon attest to that feeling. On Tuesday, Obama commuted the sentences of 214 inmates, including Minnie Pearl Thomas, 60, who was serving a life sentence for cocaine trafficking.

The wide receiver tweeted an immediate thank you.

“Wanna Thank the @POTUS for everything he’s done for my family, and a lot more families giving them second chances. Couldn’t be a better day!”

The president’s action followed a personal request from Thomas during the Broncos Super Bowl 50 victory celebration in the Rose Garden in June.

Minnie Thomas, of Allentown, Georgia, is scheduled to walk out of the low-security Federal Correctional Institution in Tallahassee, Florida, on December 1.

It is the second time Obama has pulled a member of the Thomas family back to the free world. Last year, he freed Thomas’ mother from a federal prison where she was doing 20 years on a drug distribution conviction.

Katrina Stuckey Smith, who was arrested with her mother, left prison last November after serving 15 years in prison.

She first saw her son play in the NFL last season when the Broncos defeated the Pittsburgh Steelers in the playoffs.

Thomas’ grandmother and mother were arrested together on drug charges when the NFL star was only 11 years old, according to the Denver Broncos official website.

President Obama has commuted sentences of 562 individuals during his nearly eight years in office, most of the prison terms were for nonviolent drug offenses.

“This is a country that believes in second chances,” Obama wrote on his Facebook page after the commutations were announced. “So we’ve got to make sure that our criminal justice system works for everyone.”

Four of the 214 prisoners whose sentences were commuted are from the Kansas City metro area. They were sentenced to years in prison for possession of crack cocaine charges. Three of them will be released this December. The fourth will be released after serving 188 months behind bars. 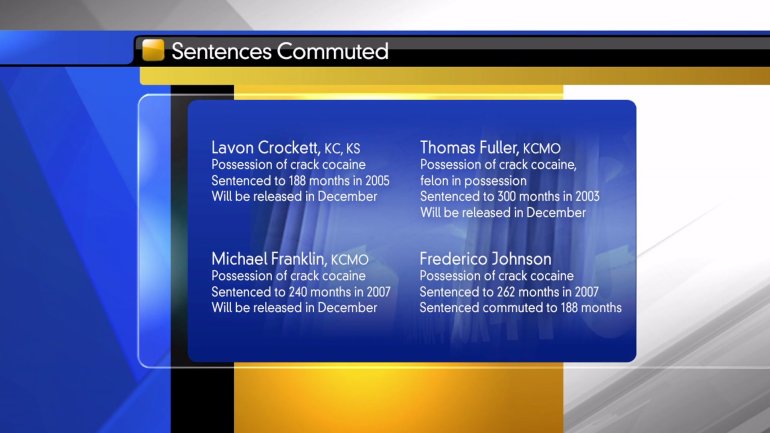 Obama, who has made reducing draconian federal sentences a hallmark of his presidency, has commuted more sentences than the last nine presidents combined, according to the White House website.

During the Super Bowl 50 celebration at the White House in June, Thomas passed the president a note thanking him for his mother’s release and spoke to him about his grandmother too, according to The Denver Post.

“I just found out right when I came in from weights,” Thomas told The Post Wednesday. “I had no idea. I was surprised. I was excited, too, it came this early. I heard 200-plus people get to have a second chance, and for my grandmother to be one of them, it’s a blessing.”