KANSAS CITY, Mo. — Police said yet another Subway restaurant has been the target of an armed robbery.

A police report said one suspect armed with a handgun entered the Subway at 3550 East Truman Road around 7 p.m. Monday and robbed the restaurant.

Two employees were reportedly present when the suspect entered the restaurant, revealed a gun and demanded one employee get on the ground and another open the safe. The employee opened the safe and gave the suspect the money.

The suspect then demanded to be shown to the back exit. The employee walked to the exit while the suspect held him at gunpoint. They reached the exit and the suspect fled in an unknown direction. There were no injuries reported.

This comes as metro area Subways have been targeted in a string of hits recently, with five robberies taking place in one week alone. 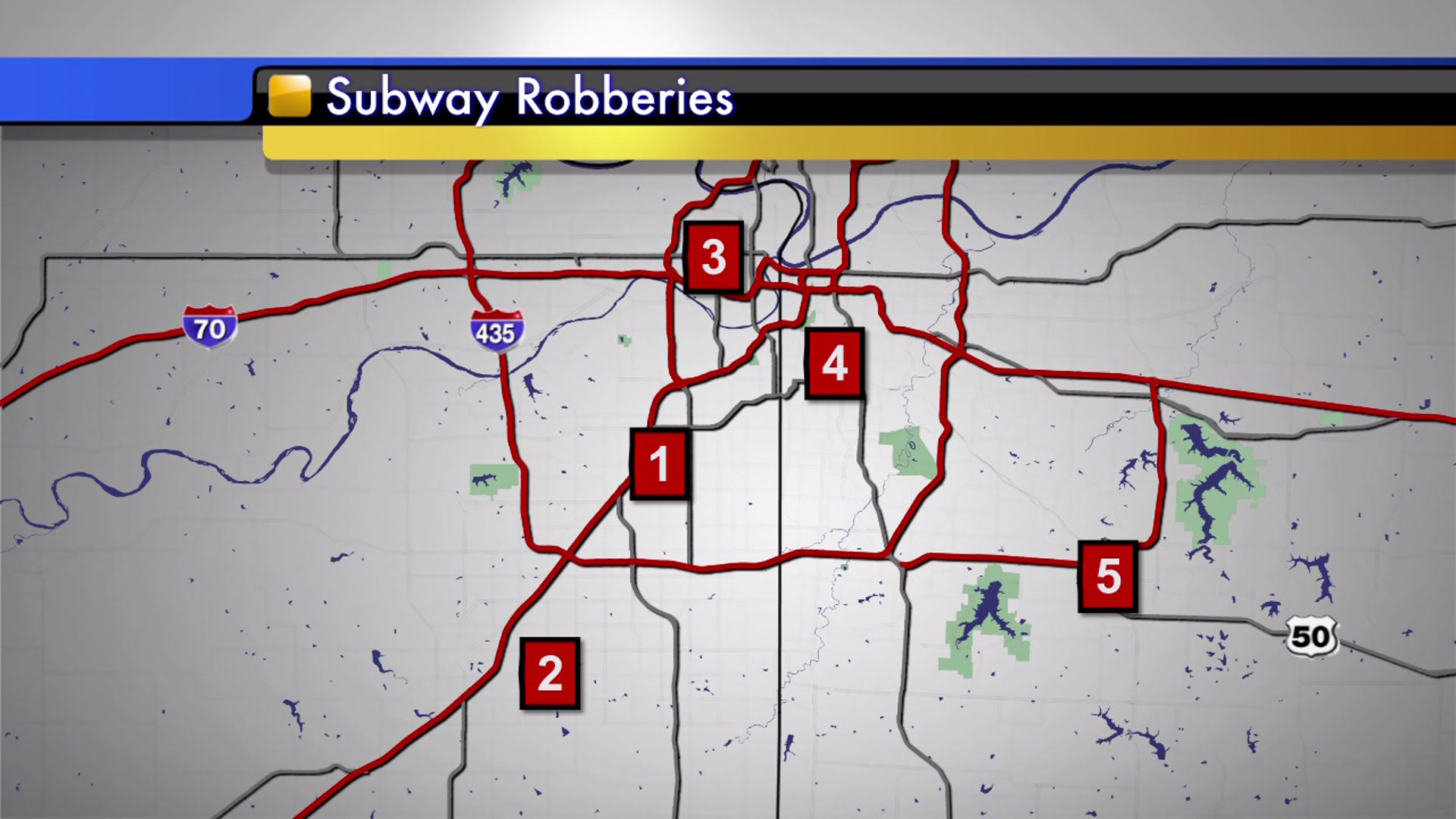 There have been no arrests made in this latest robbery. Anyone with information is urged to call the TIPS hotline at (816) 474-TIPS.

KANSAS CITY, Mo. – Some bus passengers are frustrated with the Kansas City Area Transportation Authority after they say they were kicked off the bus and made to wait in the cold.

Carolyn Clay uses public transportation because she has seizures and doesn't want to risk getting behind the wheel.

Evelyn was last seen about two months ago, but her disappearance wasn't reported until last week, according to the Sullivan County Sheriff's Office.

KANSAS CITY, Mo. -- A new virtual trail is documenting more than 100 years of black history in the metro.