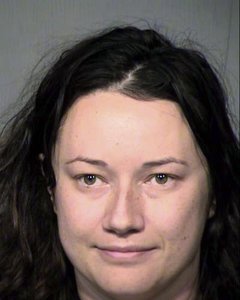 PHOENIX — A Phoenix woman accused of stalking a man met on a dating site and sending him more than 65,000 text messages apparently sent more than twice that many.

Jacqueline Ades sent a man more than 159,000 text messages — some of which were threatening — over the course of nearly 10 months, according to police records the Arizona Republic obtained via a public records request. The two went on a single date.

The man, whose name has not been released, called the police after he found Ades parked outside his home in July 2017. Paradise Valley officers escorted her off his property and that’s when police say Ades began threatening the man.

In April 2018, Ades was arrested for trespassing inside his home while he was out of the country.

Ades has pleaded not guilty to charges of stalking and criminal trespassing. Her trial was scheduled to begin Feb. 5.

WEBSTER COUNTY, Mo. -- Dozens of people in Webster County have taken to social media to share outrage over the sentencing of Aaron and Petie Schwartz after being convicted of child molestation. The brothers received five years of probation.

Now, Tiffany Hill and Mel Pleasant want Webster County Prosecutor Ben Berkstresser to resign or be removed from his position.

PLATTE COUNTY, Mo. -- Parkville Mayor Nan Johnston has been arrested for drunk driving, according to a statement from the Platte County Sheriff's Office.

Johnston was stopped on 9 Highway near Eastside Drive at 1:18 a.m. on Saturday, Sept. 26, Major Erik Holland stated. She was arrested shortly after.

KANSAS CITY, Kan. -- Police have identified a teenager that was shot and killed on Saturday, Sept. 26.

Police were called to the 4400 block of Adams Street at 5:57 p.m. on a report of shots fired. According to the initial report, the shooting happened outside the residence.

A special day for a young man, who could teach us all a lesson about determination