HOLT COUNTY, Mo. – The early winter weather isn’t faring well for farmers in northwestern Missouri where they continue to deal with the aftermath of flooding from earlier this year.

“We had the perfect storm, and it’s still going,” said Chris Haer, who’s family owns 1,200 acres of land near the river. “This county, it’s going to be years for them to recover from this.”

A lot of farmland in Haer’s family has been underwater since March. He said all their crops are gone.

“Some of my uncle’s ground has been underwater completely for the whole duration of this, and they can’t even get in to assess it,” Haer said.

An estimated 30,000 acres — or 10 percent of the land in all the Holt County — remains underwater. Some of it will likely freeze in place causing a host of problems.

“There will be no fall work done,” Haer said. “Basically, the normal processes want even start until next spring.” 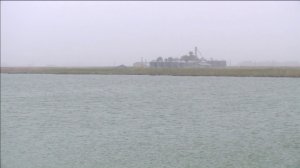 Many fields are covered with sand carried in by the river water. If ice forms over the sand, farmers will have a hard time removing it. They also won’t be able to till the soil.

“The sand has a slimy band underneath it that never dries out until you break it up. That will all freeze and that will turn into a nightmare to deal with,” Haer explained.

The breaks in the levees along the river are also concerning. The Army Corps of Engineers is working to fix them, but an anticipated wetter-than-normal winter could force them to shut down construction.

“This community is not going to be back to normal until all of the levees are fixed, and right now we’re looking at possibly another year, year and a half, before that’s done,” Haer said. 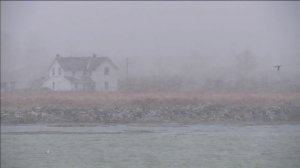 Haer’s family has already lost hundreds of thousands of dollars in infrastructure and income. He said it’s taken a mental toll on everyone who’s been affected.

“There is almost a hopelessness that you can feel from people that are dealing with it,” he said.

His family plans to stick it out but he believes the ongoing flooding will push a lot of generational farms in northwestern Missouri out of business.

KANSAS CITY, Kan. -- The state of Kansas says it could be ready to move to the next phase of it's COVID-19 plan by the end of the week.