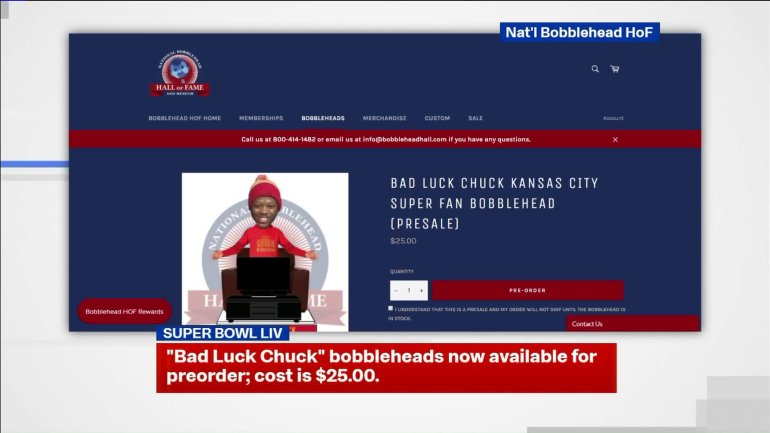 KANSAS CITY, Mo. — His disappearance from the Chiefs/Texans playoff game may have cemented the Chiefs appearance in the Super Bowl (to him, anyway) – and now, “Bad Luck Chuck” is getting immortalized.

Charles Penn gained the nickname “Bad Luck Chuck” after posting on social media that he was leaving when the Chiefs were behind double digits in the AFC playoff game.  Just after he left, the Chiefs had a huge turnaround and beat the Texans. He claims that the Chiefs have lost every playoff game he’s attended, which is why he left early.

Now, the National Bobblehead Hall of Fame is offering up a “Bad Luck Chuck” bobblehead.  It shows Chuck watching the game from the comfort of his living room, far away from wherever the Chiefs are playing.

It won’t be ready in time for the Super Bowl; it’s only available as a pre-order with an estimated May delivery.  You can place your pre-order here.