BELTON, Mo. — An 8-year-old Belton girl is recovering in the hospital after a pick-up driver truck slammed into her family’s home Thursday night.

The crash happened just after 8 p.m. in the 500 block of Colbern Street.

The fence outside the family’s home is ripped apart and house is all boarded up in the spot where the truck slammed into Lola Newell’s bedroom.

A heap of debris piled onto a metal bed frame.  A photo taken by her stepdad shows just how lucky Lola is to be alive. 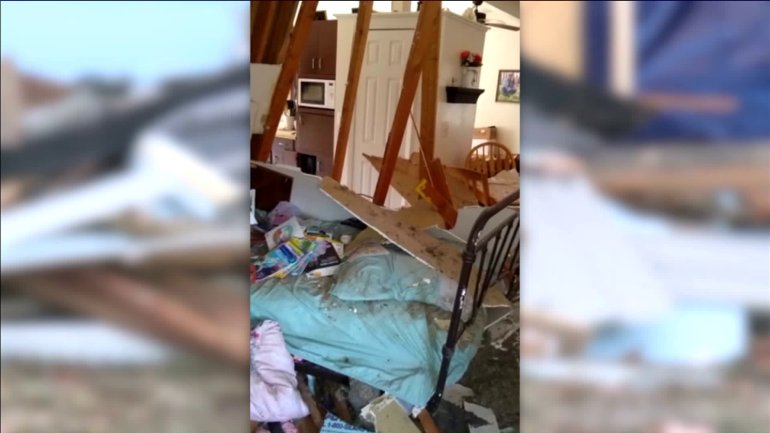 “I just heard an engine screaming and then an explosion. It was so fast I didn’t know what was going on,” said Lola’s stepdad, Greg O’Connor.

Greg, his wife, and their combined six children were all inside when the driver of a red pick-up truck came flying down the street, slamming through the fence and into their home.

“When the smoke kind of cleared and I saw my daughter standing there in shock,” O’Connor said.

It wasn’t until the family escaped and stood outside, they realized Lola was badly hurt.

“When she came out here told mom she couldn’t breathe and was turning blue,” said O’Connor.

Lola is in pediatric intensive care, but stable. She has multiple spinal fractures and neck issues. And because Lola suffers from a chronic condition called Ehlers Danlos Syndrome, she’s been in a lot of pain and her recovery will be an uphill battle. 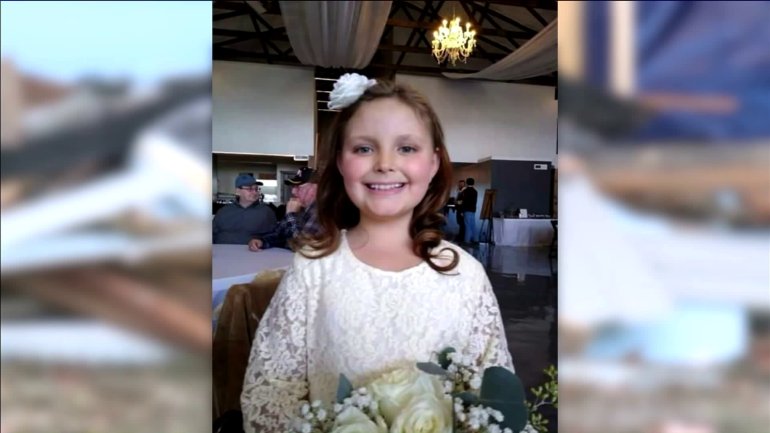 “Doctors don’t think she’ll be ever back to before accident condition. With physical therapy and all, it’s a long road,” said O’Connor.

As for the driver, witnesses saw him jump out and run.

“I was screaming, cussing at him, yelling at him,” said neighbor and witness Jon Withers.

Police did arrest the driver. Greg O’Connor says investigators told him that person was under the influence.

“I hope they get help, you know, with whatever addiction problem they have and hopefully they’re grieving also for the dumb mistake they did. They hurt a child,” O’Connor said.

Neighbors are praying for the family and say they feared something tragic like this would happen here.

“They seem to take it as like a NASCAR lane or a drag strip,” said Withers.

The family’s house has been deemed unsafe to occupy. And this is a big family, so they’re worried about where they will live moving forward. The Red Cross is assisting with temporary housing.

And right now, the family is focused on Lola and her recovery.  There’s a Go Fund Me page to help.

We’re still awaiting word on the driver’s name and what charges he’s facing.

KANSAS CITY, Mo. -- KCMO Police are on the scene of the third homicide since a little after 5 PM Sunday evening.

Just before 7:30 pm officers were dispatched to a community center parking lot where they found a shooting victim, in his late teens or early 20's laying in the parking lot. Paramedics took the victim to the hospital where he died a short time later.

Officer were called to the area of 81st and Ward Parkway Plaza regarding a medical call. When they arrived on the scene they found a female victim in her fifties, dead inside the house.

KANSAS CITY, Mo. -- A person has died after a shooting in the parking lot of the zoo on Sunday evening.

Delta bans 100 passengers, adding them to ‘no-fly’ list for refusing to wear masks