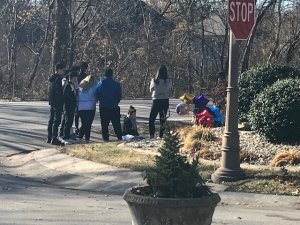 BLUE SPRINGS, Mo. — Blue Springs police are reporting that the three people killed in a two-vehicle crash Saturday night were all teenagers.

Officers were sent to the crash just after 8 p.m. at Duncan Road and Indian Hills Street.

When officers arrived on scene they discovered three people deceased.

Police said the three victims were one 15-year-old and two 16-year-old males. All three are from Blue Springs.

“Our hearts and prayers go out to all the families,” the department said in a release Sunday afternoon.

A fourth victim in another vehicle was taken to a local hospital and released without injuries.

The cause of the crash is still under investigation.

The name of the three victims have not been released at this time.

FOX4 will continue to update this story as new information becomes available.