KANSAS CITY, Mo. — The Jackson County Prosecutor’s Office says that convicted murderer Brandon Howell will spend the rest of his life in prison, getting five life sentences on Thursday for a 2014 killing spree in south Kansas City.

Howell, 38, was convicted in April by a jury on all counts of first -degree murder he faced for beating two people to death and shooting and killing three others on September 2, 2014. His sentences are consecutive, and he’ll never be eligible for parole. 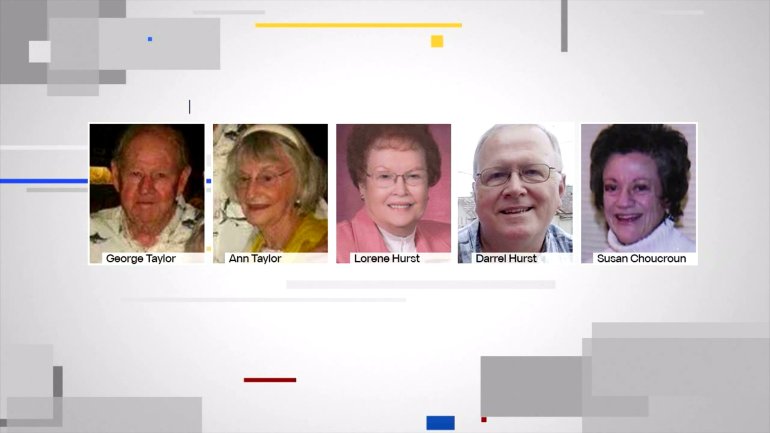 In August 2015 Jackson County prosecutors said they would seek the death penalty for Howell. However, Jackson County Prosecutor Jean Peters Baker said in April that her office met with all of the family members and decided it was best to remove death as an option in this case and to see the rest of Howell’s nature life in prison.

Baker said this was a case that struck terror in a whole community.

“And I really hope what the community takes from this, especially that little community on south KC, is that the person who causes this incredible harm to them can no longer harm them,” Baker said.

Court documents say Howell allegedly tried to steal a vintage Jaguar from Ann and George Taylor. Police found the couple badly beaten and barely clinging to life in their basement. They later died at the hospital.

According to a police investigation, Howell hot-wired the car and tried to get away. But the car didn’t work, and neighbors came outside to try to help.
That’s when court documents say Howell allegedly shot at them and killed Lorene Hurst, Darrel Hurst and Susan Choucroun.

Then, court documents say Howell drove off in another one of the Taylor’s cars, a Toyota SUV. It all happened in broad daylight, around one o’clock.
Hours later, just before midnight, police found Howell walking with a shotgun they said he brought to the Taylor’s home and used in the killings, near I-29 and Northwest Barry Road.

They said he attacked three people at a Motel 6 after he left Woodbridge. Howell is facing charges in Platte County related to that incident.

A memorial stands tall at the entrance of the Woodbridge neighborhood in South Kansas City. It’s a reminder of the five victims.