The drive-by happened outside of Machole's home in the 1400 block of New Jersey on a Sunday evening. Police say the shooting went on for a couple of blocks with dozens of shell casings left on the street.

Machole was at home playing with her older brother and a cousin in a rear bedroom when one of the gunmen's bullets hit her in her head. She died instantly.

"She tried to run to the bedroom to hide. She's a 10-year-old kid, afraid, didn't know what to do," her grandmother Krystal Stewart told Fox 4.

On Friday, it was announced those charges were dismissed by the judge. Fox 4 has reached out to the Wyandotte County District Attorney's Office for further explanation, but in a statement released Friday afternoon, the Wyandotte County D.A.'s office said they hoped more people would come forward with additional information and be willing to testify.

"We respectfully accept the judge’s decision in this case.  Our duty is to pursue justice.  It should be noted our justice system is only as strong as the community it serves.  It is our hope the community comes forward with additional information and be willing to come to court.  Our office, in collaboration with the police department, will continue to pursue justice for Machole Stewart and victims of any crime in Wyandotte County," said the Wyandotte County District Attorney's Office in a statement.

Machole's relatives have long believed the shooting was linked to an ongoing feud between two groups of teenaged boys and young men. 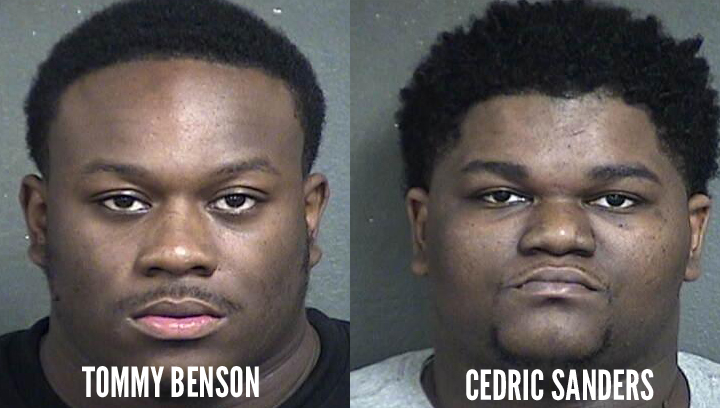 The men are expected to be released from jail Friday afternoon or evening.

"The family has been wanting closure in this case for a while, and we had gathered a lot of information and facts about the situation that happened. We're just happy that we're able to take this to the next step and possibly get some closure for the family," KCKPD Officer Cameron Morgan told Fox 4 in September after they were arrested and charged.

"She was a sweet child. She was adorable. She was smart, she was loving. She was just something you would love to be around. And it's hard. It's terrible. It's absolutely terrible," cousin Patrick Blackman told Fox 4. "It's nothing that wouldn't make you smile about her. Everything about her would make you smile."

"I have been waiting and waiting on this day," her grandmother said after the charges were filed. "I have been praying with my prayer sisters every morning. I prayed that the lord would remove these boys off the streets."

Fox 4 has reached out to prosecutors and the family. This is a developing story and Fox 4 is seeking further comment. Look for more on Fox 4 newscasts and download the fox4kc app.  Sign up under “alerts” for “push notifications” so you don’t miss breaking news: FOX 4 Android app | FOX 4 iPhone app

KU and MU postpone commencement due to coronavirus pandemic

ORLANDO, Fla. — Disney announced on Thursday the company will be instituting a short-term furlough for executive, salaried, and non-union hourly employees based in the U.S. effective April 19. The furloughs will impact employees that work in the Disney Parks, Experiences and Products division of the company. Some employees whose roles are deemed crucial to maintaining operations at the company will not be impacted. Disney said it will maintain health…

AUSTIN, Texas — Visits from therapy dogs are moving online as hospitals and other healthcare facilities restrict the number and types of visitors to slow the spread of COVID-19.

Divine Canines, a Central Texas therapy dog organization, has more than 150 certified volunteers who take their dogs to people in need of a visit. The group's executive director, Max Woodfin, has so far heard of a few dozen who have tried out virtual visits thus far in the pandemic.

GRAND CANYON NATIONAL PARK -- Another iconic American park is closing to the public due to coronavirus.