CLAYCOMO, Mo. — A witness in a Claycomo murder case found dead Monday night in his home of an apparent homicide. Police haven’t said how 56-year-old Floyd Wood died, but they say there are strong signs of foul play.

The Clay County Prosecuting Attorney’s office said Wood was not only the witness in a murder and dismemberment from May, he was also a victim of assault.

That assault case was on the docket for Tuesday, and related to the murder case he was a witness in. Now investigators are working to find out if all the cases are related.

Wood’s death comes months after police responded to help him under different circumstances. According to court documents filed in May, Wood ran from his neighbor, Colton Stock’s, home in fear, after claiming that Stock assaulted and shot at him.

Police say they saw smoke coming from Stock’s home that day on North Poe Avenue and when firefighters put out the flames police say they found the dismembered and burned body of a Matthew Calkins of Gardner, Kansas.

According to court documents, Wood told police that Stock allegedly wanted the man to come to his home that day to “scare him a little bit,” because he allegedly stole from him. Stock is charged with murder and other related crimes in connection with the May case and being held in the Clay County Jail on $1 million bond.

Wood’s family gave FOX4 a photo from his GED graduation. They say he was a kind person who “took in too many people.”

While Wood is now dead, the Clay County Prosecutor said his case will still have it’s day in court, and his death will have no effect on either his assault or Calkins murder trial.

The major case squad is currently working to identify who is responsible in the case, and figure out if they are connected. 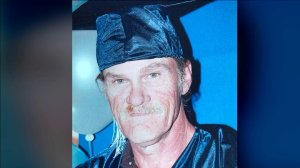