ELIZABETH, Colo. – A Colorado mother who lost her son is warning other parents about the so-called "choking game."

Tia Bodkins said the last thing she said to her 11-year-old son Carson was, “I love you very much I'm very proud of you," before he went upstairs to pack for a family trip.

Ten minutes later, he was not breathing.

Bodkins said she performed CPR, paramedics administered treatment and the team at Children's Hospital worked tirelessly to revive Carson, but his brain had gone without oxygen for too long.

Bodkins said her son had been playing 'the choking game,' which involves cutting off oxygen to the brain to achieve a feeling of being high. Those who play the game may have frequent headaches and bloodshot eyes, according to KDVR. 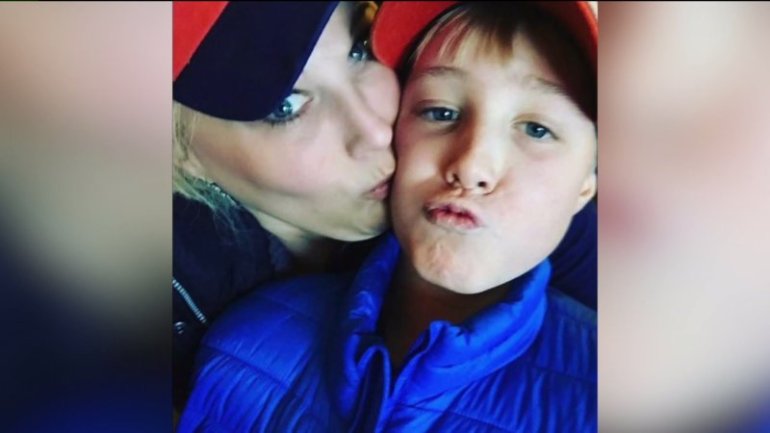 Bodkins told KDVR she wanted to come forward to warn parents about the importance of monitoring their child's online activity – she thinks Carson may have found out about the "game" on the internet. She emphasizes that properly doing so means doing more than just activating safety settings.

“We have internet blocks, internet protections for all of the boys. But I had let him look at YouTube so he could learn skateboarding tricks, I assumed that's what he was looking at," Bodkins said.

She added that parents must check the online history as well. Stepfather Jason Davis said it's vital to do what it takes to protect children, even if they don't understand and it makes them feel resentful.

“As parents, the responsibility lies on us to go in and make sure [kids] are protected, and sometimes that might be an invasion of their privacy," he said.

Carson was a very popular student who excelled at Legacy Academy in Elizabeth.  His desk is marked with loving notes and a flower from grieving students. His locker adorned with final farewell messages.

Principal Kurt Naber told KDVR the school is providing counseling and support for students and teachers.

“It is heartbreaking to lose a student so young and it really hits home as the parent of a fifth-grader myself," Naber said.

Naber added that information is key when it comes to arming parents against online dangers.

"This is probably more widespread than most parents and most schools would assume," he said.

Carson loved sports and skateboarding, and those who knew him described him as a boy who made everyone laugh and smile. Bodkins said the entire family is trying to stay strong as they cope with the immeasurable pain of their loss.

“We're living minute-by-minute. We're all very sad. We miss him very much," she said.

A GoFundMe page has been set up to raise money for a skate park or playground donation in Carson’s name.

For more information about the signs of The Choking Game and ways to keep your child safe visit the following websites: