KANSAS CITY, Mo. — Its been nearly 50 years since Allen Ray Thompson was murdered in front of his mother in the driveway of their Kansas City home.

The date was January 2, 1970 and 16-year-old Allen had just arrived home in the 3700 block of Forest Avenue from a routine shopping trip with his mother when he was approached by two or three men, who tried to rob them.

It was snowy outside and Allen was trying to unfreeze the ice and snow around the locks to the car when the assailants attacked Allen’s mother, according to Sgt. Benjamin Caldwell with the Kansas City Police Department’s cold case unit.

“She started honking the horn and tried to garner attention and he told her to stop. They had a weapon pointed at him. And they chose at that point in time to go ahead and shoot him and to take off with her purse and they ran away,” he said.

The best lead detectives have to go on is that the case may be linked to other robberies that were happening in the area at the time.

“By all accounts it was two or three youths that were committing a pattern of robberies in the area,” Sgt. Caldwell said. “All we knew was black males, teens to twenties…. a lot of purse snatchings and robberies had taken place in the area. This one, unfortunately, went wrong.”

To this day, nobody has been arrested for Allen’s murder, although some people were interviewed in connection with the case.

“We did develop the subject of interest, one or two, but we were never able to turn them into suspects.”

Before his murder, Allen was a student at Westport High School.

“He had just turned 16 in September. He was quite tall for his age. He was six foot, four inches tall. He was a very kind, caring, thoughtful young man,” said Allen’s sister, Nancy Lebrecht.

Allen had intended to join the Army after school.

“After he graduated, he wanted to join the United States Army and to prepare for that, he was an ROTC member at Westport with his class.”

Nancy was a young newlywed in 1970, just a couple of years out of high school herself.

“On the night that this happened, I was watching the news. I heard the street and the last two numbers of the house. I heard of my brother’s murder on the 10 o’clock news.”

Nearly a half-century on, it’s still hard for her to discuss the case, especially since some family members have died not knowing what happened.

“My dad died in ’86 and my mom died in 1994. She at the time was living in Texas and as we were preparing to shut down the house and she had this suitcase and she wouldn’t, never, many times I went to visit and she would never let me look inside.”

“This suitcase contained every card and letter and note of condolences that people had sent to express their kindness and their sympathies. And so, you know, she had moved that from Kansas City to Texas… it was very sad.”

Taking a new look at the case

Trying to find new answers, Nancy reached out to the Kansas City Police Department a couple of years ago. That’s where Sgt. Caldwell and his team come into play.

“I supervise the missing persons unit. We also do cold case homicides, kidnappings and other things, death investigations within the city. She contacted us and she wanted us to take a look at this case and see if there’s anything more that can be done with it.”

Taking a fresh look at the case provided new leads, but no arrests.

“There was a white car that was stolen the day before the incident that we think may or may not have been involved. We were able to identify the owner of that white vehicle and get some information about that, hoping to get suspect information to see if these two cases were linked, that it might lead us somewhere, but it didn’t.”

“After a case review, we looked through it and we decided that the detectives that are really good job initially with the investigation and we were really left with no answers.”

In this case, there isn’t a lot of physical evidence to try and link a suspect or suspects to the crime.

“In this case, the weapon they used did not leave unique identifying characteristics. Even though it was a firearm, there was still nothing unique about it. In fact, the nature of the weapon leaves it very random and it makes it very hard to link those up and solve them. And nothing was really touched,” said Sgt. Caldwell.

At this point, it will likely take a confession or new witness testimony to solve the case — and Sgt. Caldwell believes that 50 years is a long time to live with secrets.

“People grow up. People change. They mature emotionally as well as physically. Circumstances change. Perhaps the person or one of the people that was responsible is no longer living and so there’s not that fear of retaliation of coming forward,” he said.

“And it’s a fight we’re always going to be willing to take up. If we can get the start on this one, you know, my hope is something like this with generate a lead.” 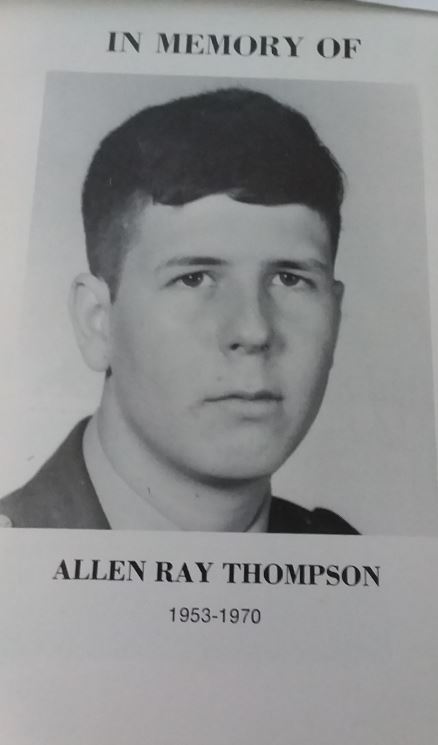 Message to the family

“Homicide is never closed. The only time a homicide is close is if we charged someone for the crime or we know who it is and we can’t charge them. For instance, they’ve passed away, other than that, a homicide’s going to be open.”

He hopes the family won’t give up hope.

“If I could say anything to the family, I would say just because we’ve tried and haven’t been able to find someone doesn’t mean it’s over with yet and not to give up that we’re just waiting on that lead. We’re just waiting on something that will give us some traction to go with again and we don’t know if or when that day is going to come but to hold hope.”

‘Do it, do it Kelce!’: Mahomes and Kelce’s audible that set up the game-tying field goal

KANSAS CITY, Mo. -- With 13 seconds on the clock, the Kansas City Chiefs had the ball on their own 25-yard-line trailing the Buffalo Bills by 3 points, needing a field goal to send the game into overtime.

The first play of the drive was a 19-yard completion to wide receiver Tyreek Hill.

‘Do it, do it Kelce!’: Mahomes and Kelce’s audible that set up the game-tying field goal