OVERLAND PARK, Kan. — If your car needs work, you might expect it to be expensive, but you shouldn’t be shocked when the bill arrives.

But that’s exactly what two customers of a local repair shop say happened them. Now they want to warn others about a mechanic who they say ignored what they told him and made repairs they never authorized.

“They are like a go-cart on steroids,” said Jason Reece, explaining why he enjoys driving his 1976 Stingray.

He knows sport cars aren’t cheap to work on, so he was expecting to shell out some cash when he took his Stingray to Ray Boyles’ Corvette Village for a tune up and oil change. He also wanted the longtime Johnson County repair shop to rebuild the carburetor, fix a leaky transmission and a broken turn indicator.

The first sign of trouble was when he went to pick up the car a month later and discovered it wasn’t ready.

Plus, there was brake work and several other repairs that Corvette Village had already completed that Reece said he had never authorized.

“In hindsight, I should have just had a tow truck go out there, put the car on a flat bed and had it towed home,” Reece said.

Instead, Reece said he agreed to pay for the unauthorized and repairs and even signed off on a few new ones – since the car was torn apart. The new estimated bill: $7,000, double his original estimate.

But the day his Corvette was finally finished, that $7,000 estimate turned out to be way off.

“Ray presents me for the first time in all this a fully itemized bill with all the parts and labor — $14,000,” Reece said. “It was a shock.”

“He’s doing things we didn’t even ask him to do,” said Hinson, referring to Ray Boyles, the owner of Corvette Village.

Hinson and her husband Arthur drove their 1974 Corvette to Corvette Village for a free check-up. A mechanic found more than a dozen problems with the car they had purchased for $5,000, including a faulty wiring harness. 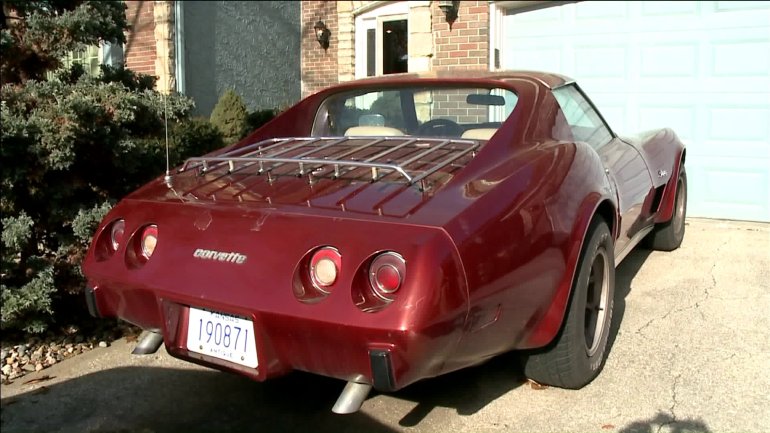 What would it cost to make all those repairs?

“He would not tell us what the price would be,” Hinson said.

She said Boyles insisted that every Corvette is different, and it was impossible to give an estimate.

The Hinsons told Boyles he could begin making repairs off the lengthy list of problems he’d found, but they didn’t want the price to exceed $10,000. That was in April 2018.

By June, Ray wanted more than $24,000 for repairs, and the car still wasn’t ready. Hinson was upset, but had more pressing matters in her life. Her husband had had a stroke. She asked her adult sons for help dealing with Corvette Village.

“When he was in the hospital, she finally broke down and told me what happened,” son Lance Hinson said.

Lance asked Ray how much it would cost to just put his parents’ car back together so they could drive it home. Boyles said he had no idea.

“Wow, even though that is what he does for a living?” Lance said. “This man literally emptied my mom’s 401K, literally.”

Attorney Michael Rapp, whose firm is representing Diane Hinson, said it defies “logic that she would be authorizing $20,000 in repairs for a $5,000 car. It just seems insane.”

Rapp, who has a long history of representing consumers who believe they’ve been taken advantage of by businesses, said Boyles should have stopped repairing the car the first time Diane Hinson asked him to.

“There comes a point in time when you should be able to say to them, ‘Enough is enough,’” Rapp said. “And if they still keep doing repairs above and beyond that — that’s suddenly where it would look bad if they have to explain to a guy in a robe why they would keep doing that.”

So what does Ray Boyles have to say?

To find out, Problem Solvers paid a visit to Corvette Village, which has a D rating with the Better Business Bureau. Boyles denied that Diane Hinson had ever asked him to stop working on the car.

“Not true,” said Boyles who has been in business more than 50 years. “There is no way I would work on anyone’s car without their approval.”

But remember that’s exactly what the Hinsons and Reece accused him of doing.

Even Problem Solvers couldn’t get an answer from Boyles on how much it would cost just to put Hinson’s car back together, so she could take it home.

“Well you know what? I don’t know,” Boyles said of the car which he has had in his shop for almost a year.

Both the Hinsons and Reece are talking to the Johnson County District Attorney’s Office, which is investigating.

Boyles insisted he has hundreds of happy customers. Those who are unhappy, he said, don’t understand Corvettes.

KANSAS CITY, Mo. -- After video came out last summer of Minneapolis Police Officer Derek Chauvin kneeling on George Floyd’s neck for 9 minutes and 29 seconds before his death, there were protests across America and in Kansas City. At first, protesters clashed with police.

“Last summer, we learned we were 2 or 3 days late, and we wanted to be as proactive as possible as this time, not knowing what the verdict was going to be,” United Believers Community Church Pastor Darron Edwards said.

LIBERTY, Mo. -- A Wendy's location in Liberty went up in flames Tuesday night.

The Wendy's is located at Kansas Street and Victory Lane, not far from highways 291 and 152.

KANSAS CITY, Mo. -- Some are calling it "revenge travel."

Despite warnings and guidance from the Centers for Disease Control and Prevention, recently vaccinated Kansas City area residents are eager are to fly the friendly skies once again.