“We don’t even know how to react to anything right now. It’s been terrible. I miss her dearly. Breana was my first grandchild,” said Robert Panos, Breana’s grandfather. 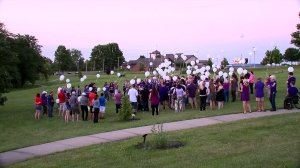 Friends said Robison had a big heart and was a loving mother to her 3-year old son.

She had dreams of becoming a cosmetologist, but they said she went down the wrong path. Despite her challenges, they said no one deserves to be murdered.

“We were always close, but we are coming closer now, and all we want now is justice. We need justice,” Panos said.

Her family is spreading a strong message to others who may be struggling with drugs and other issues. 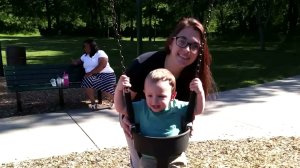 “You’ve got 800 numbers. You’ve got so many commercials that we didn’t have. You don’t even have to be sober to call, just call,” Melissa Panos said.

“Seek the help because drugs are killing our kids and adults, too. It’s killing us,” Robert Panos said.

It was an emotional evening, but the message was clear: They want whomever is responsible behind bars.

Police have released the names of two people they’d like to speak to in connection to this case. Twenty-year-old Paul Eicholz and 14-year old Roger Williams.