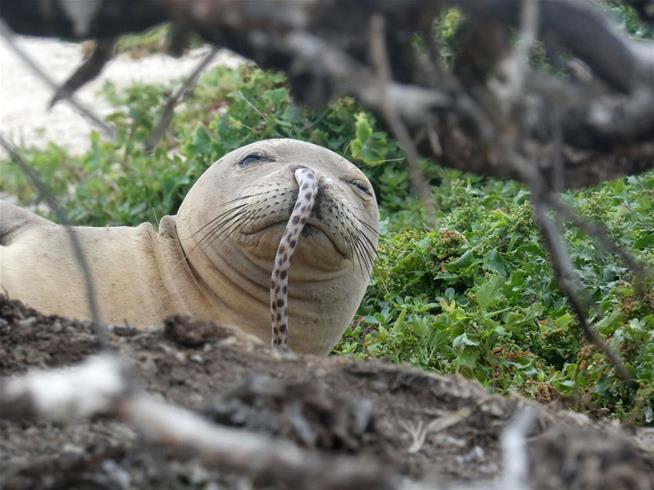 Yet NOAA researchers are noting just how much trouble an eel in the nose can cause after sharing a photo of an afflicted seal looking rather uncomfortable this week, before the eel was successfully removed, per CNN.

The seal is actually one of “three or four” juveniles observed with an eel up its nose since the phenomenon was first spotted off Hawaii’s Lisianski Island in 2016, biologist Charles Littnan tells the Guardian, adding “we’ve been intensively monitoring monk seals for four decades and in all of that time nothing like this has happened.” He tells Live Science, “We have no idea why it’s happening.”

In certain cases—Littnan describes one in which an eel was so deeply embedded that “it was like a magician’s handkerchief trick, we just had to keep pulling and pulling”—it may be regurgitation gone wrong.

But as eels like to hide from predators, including monk seals digging around in coral reefs and rocks, they might see a nostril as a place of safety in a sudden attack. It could also be that juvenile seals aren’t good hunters, as no adult seals have been found with an eel nose plug, though that doesn’t explain why eels have only been seen in right nostrils.

The poor seals are suffering along with the eels, none of which have survived past removal. Bacteria from rotting flesh can trigger an infection, per Live Science, which that adds a seal’s nostrils are meant to close underwater.