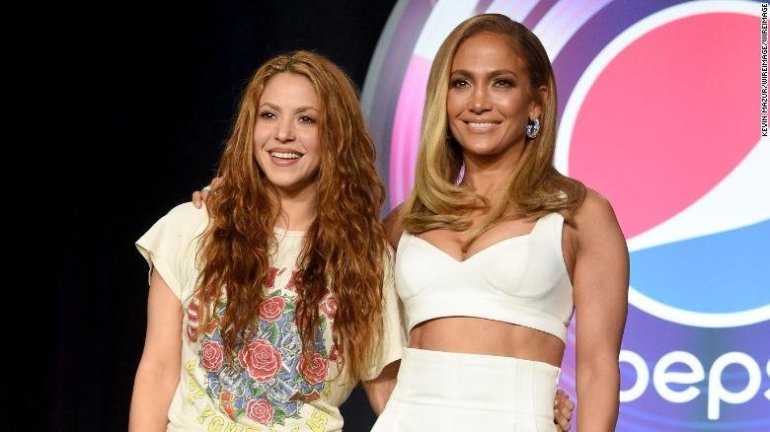 MIAMI, Fla. — Jennifer Lopez and Shakira will take the center stage at Hard Rock Stadium in Miami for the 2020 halftime show during Super Bowl LIV between the Kansas City Chiefs and the San Francisco 49ers.

This is the first time two Latina women will headline the sporting event. During their performance, there will be a tribute to NBA legend Kobe Bryant. He died last Sunday in a helicopter crash along with his daughter and seven other people.

The singers promise a jam packed halftime special. Kansas City will be on edge watching their team play in the big game, so this may help take away some of the jitters at the midpoint.

Big changes to win back the ratings

Super Bowl 2019 attracted the lowest audience in over a decade, which still stands at an impressive 98.2 million viewers.

They tuned in to watch the New England Patriots beat the Los Angeles Rams. Chiefs fans were not too pleased with the game after losing the AFC Championship game to the Patriots, and the Rams have some bad blood in Missouri following the stadium kerfuffle in St. Louis and the team’s move back to California.

As for the halftime special last year, it was an all white and all male performance from Maroon 5. Rihanna had declined an offer to perform. She said she wanted to support football player and activist Colin Kaepernick.

Jump forward one year and now we’re getting the first Super Bowl co-produced by rapper Jay-Z.

The NFL made the announcement about Jay-Z in August. The league said it represents a revitalized effort by the NFL to improve its reputation and revamp its social injustice initiative. Jay-Z and his entertainment media company Roc Nation will serve as the league’s “live music entertainment strategist” moving forward.

Both Jennifer Lopez and Shakira are no strangers to big concert venues, although for both women helming the Super Bowl is a first. Lopez has toured all around the world with her catchy tunes, big fashion changes, and complicated dance numbers.

Shakira has performed at multiple World Cups, and she has wrote and produced songs for the world’s largest soccer event. She’s no stranger to the sporting world; she’s married to Gerard Piqué, a professional footballer who plays for Barcelona and the Catalonia national team.

This year’s Super Bowl will not only put Latin music in the spotlight, but it will likely highlight issues important to the Hispanic population. Considering all that has happened at the Mexico–United States border over the past couple of years, the halftime show could steer the national conversation back to immigration policy.

Some recent Super Bowl halftime shows have put pressure on politics and the current zeitgeist. Just four years ago during Beyoncé’s halftime show, the singer paid tribute to the Black Lives Matter movement.

Musical performances are not just limited to the halftime show. Pitbull, gospel singer Yolanda Adams, country music duo Dan + Shay, and DJ Khaled will have a series of performances ahead of kick-off. Demi Lovato is slated to sing the national anthem.

Both Jennifer Lopez and Shakira are known for their philanthropy. Shakira grew up in Colombia. She founded the Pies Descalzos Foundation, which works to help poor children gain an education. She is a UNICEF Goodwill Ambassador and is one of the organization’s global representatives.

In February 2011, the FC Barcelona Foundation and Pies Descalzos came up with a plan to better children’s education through sports.

Lopez has done charitable work for a long list of causes including raising money for victims of the 9/11 attacks; supporting Run for Something Better, an organization dedicated to improving physical fitness programs for children; and work for human rights organization Amnesty International, she spoke in the film Bordertown about the hundreds of femicides in Ciudad Juárez.

Both Lopez and Shakira have used their global appeal to support big and small causes. Many of their charitable acts focus on the well-being of children and female empowerment. It’s not out of the question to suspect something close to their hearts will make its way onto the halftime stage.

The halftime show should kick off a strong year for both Lopez and Shakira who already have well-established careers. Lopez’s net worth is around $400 million; she earns about $40 million each year. Shakira has a net worth of about $300 million. 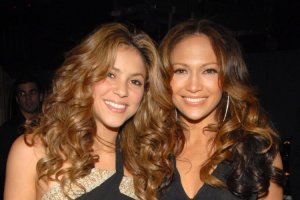 Odds are at least some songs tonight will be in Spanish. Some of the most anticipated songs from Lopez’s catalogue include: On the Floor; Jenny from the Block; If You Had My Love; Love Don’t Cost a Thing; and Waiting for Tonight. Shakira’s anticipated songs are: Hips Don’t Lie; Chantaje; Whenever, Wherever; She Wolf; La Bicicleta; and Try Everything.