MIAMI, Fla. — The Kansas City Chiefs and the San Francisco 49ers will play at the Hard Rock Stadium in just a couple of hours. Millions of people are expected to watch the big game in Miami, the home of Art Deco, sandy beaches, and stone crabs. It was also the home of four rambunctious women in the classic sitcom The Golden Girls.

People haven’t forgotten the Golden Girls did their antics in Miami. Football star Vernon Davis decided to pay tribute to the sitcom when he announced earlier today his retirement. The football former tight end played for the San Francisco 49ers from 2006 to 2015, then had a short stint with the Denver Broncos in 2015, and then he played for the Washington Redskin from 2016-2019. 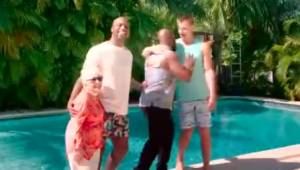 Davis’ former teammates from San Francisco will spend Sunday battling for the Lombardi Trophy. His announcement in a pre-game spot also featured former Patriots tight end Rob Gronkowski and former linebacker James Harrison (he played for multiple teams). In the announcement, the retirees called themselves, “The Golden Gronks.” 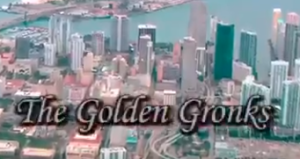 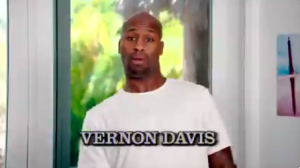 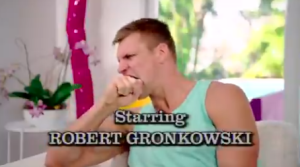 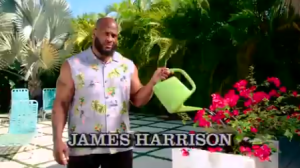 Reflecting back on the sitcom, 1985 was a different world for television, for the Chiefs, and the United States.

Dorothy, Sophia, Rose, and Blanche reigned on the small screen in the ’80s and early ’90s. Sadly, three of the actresses have since died. Betty White, who played the character of Rose Nylund, turned 98 years old just a couple of weeks ago.

The hit sitcom turns 35 years old later this year. It’s worth revisiting the show to see how far we’ve come as a nation — and how some things have stayed the same.

Filming for The Golden Girls took place on a set and not an actual Miami house. The exterior of the home was actually shot in Los Angeles.

Fans have recreated blueprints from the set and posted them online. People have tried to get an idea of what the house would look like in reality — but the house would actually have some pretty serious flaws. The design wouldn’t pan out as hallways and stairs inevitably end up colliding into each other and doors mysteriously change places.

The Miami home was full of rattan furniture and a spacious lanai. There was always cheesecake in the kitchen. The women often shared dessert while they talked about their problems both big and infinitesimal.

Price of Super Bowl tickets in 1985

For Super Bowl fans, this could be upsetting: back in 1985 the cheapest ticket to the biggest sporting event of the year cost $60. Adjusting for inflation, that would be about $140. Both prices would be considered a steal compared to the thousands of dollars people shell out for the game today.

The Chiefs in 1985 got off to a great start under head coach John Mackovic. The club boasted a 3-1 record four games into the season. Then things took an ugly turn: the club ran into a seven-game losing streak. The Kansas City Royals had a better time — they won the World Series that year.

Prices in the ’80s were a whole different world, not just for Super Bowl tickets. A football party inexplicably would have cost less. Here are a couple of average prices from 1985:

It’s worth looking back at the year 1985 for the Super Bowl and not just for fun Golden Girls trivia facts.

Super Bowl XIX was held in Stanford Stadium. The Dolphins entered their fifth Super Bowl in team history after posting a 14–2 regular season record. The 49ers were making their second Super Bowl appearance after becoming the first team ever to win 15 regular season games since the league expanded to a 16-game schedule in 1978.

The Miami Dolphins lost to the San Francisco 49ers. That game from 35 years ago: 49ers with 38 points, Dolphins… 16. The MVP that year was Joe Montana. He was playing for the 49ers.

The quarterback would later play with the Kansas City Chiefs from 1993-1994.

A Super Bowl commercial back then cost $525,000. Some 85 million people watched the game on their television sets. The halftime show was the “World of Children’s Dreams” with the United States Air Force Tops in Blue.

The coin toss was done by President Ronald Reagan and former NFL halfback Hugh McElhenny via satellite from the White House. President Reagan was inaugurated for a second term on the same day. He was sworn in privately and the public ceremony took place the next day.

After six consecutive seasons in the top 10, and the seventh season at number 30, The Golden Girls came to an end when Bea Arthur chose to leave the series. A less successful spin-off followed the hit.