KANSAS CITY, Kan. — The mother and sister of two brothers killed Monday, March 7 at a home in Kansas City, Kan., say the blood of Austin and Clint Harter is not only on their killer, but also on the Department of Immigration and Customs Enforcement (ICE).

“I’m still waiting,” Alicia Harter said, explaining that she still expects her brothers to come walking around the corner.

“We had each others backs all the way. Sometimes I wish I was there so I could step in front of that bullet,” she said.

While they are relieved Serrano-Vitorino is in jail, they can’t help but be angry that he was in the United States illegally. 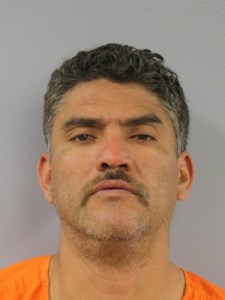 “This wouldn`t be happening right now. This would not be happening, and we would be one happy family,” said Austin and Clint’s mother.

In September 2015,  the Johnson County Sheriff’s Office says Serrano-Vitorino was fingerprinted in Overland Park, but he was released because of an error by U.S. Immigration and Customs Enforcement. ICE says it erroneously issued a detainer to the Johnson County Sheriff’s Office, instead of to the Overland Park Municipal Court.

The Harters say the mistakes ruined the families of five innocent people.