Lacking answers in her death or any arrests, Vasquez’s mom just wants to know what happened to her daughter. 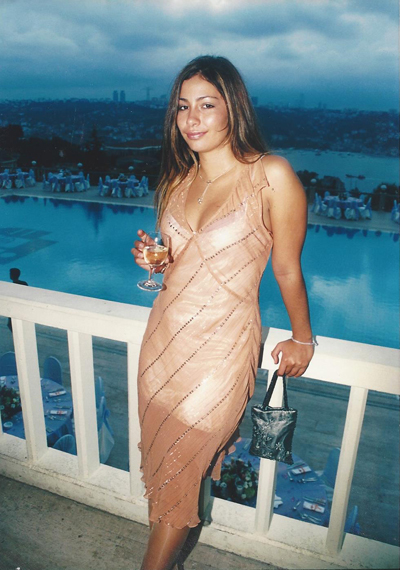 “She was just kind, had an open heart to everyone. She was kind of that hippy type; free-spirit, kind heart. You know her dog's named Ziggy Marley," mom Jennie Cochran said.

On February 11, Cochran said her daughter left their home in Overland Park. Around 10 that night, she said her daughter sent her stepfather a text, telling him she would spend the night with two people named Allen and Nicole.

"I don't know who Allen and Nicole are, but I think that she may have been enticed out of the house," Cochran said.

She said on February 12 that Kansas City detectives told her that her daughter's cell phone pinged near the intersection of Third and Cherry streets in the River Market area. The worried mom filed a missing person's report.

"She was only planning on being gone one night,” Cochran said.

But on February 19 a city worker found Vasquez dead inside a well that’s in a remote area behind a locked gate at Riverfront Park.

Cochran said at the time of the discovery on that snowy day, her daughter didn't have on any socks, underwear and her sweat suit jacket was tied around her waist. She also said her daughter suffered a severe injury to the back of her head and fractures on her wrists.

"It's been a nightmare; just that area and knowing that she was cold and frozen and alone," Cochran said. "Obviously she got mixed up somebody, something happened."

The worried mom says her daughter battled recurring seizures, post-traumatic stress disorder and took several pain and anxiety medications at the time of her death. Now, she vows to keep passing out fliers, and keep calling detectives until she knows what happened to her daughter.

"Who was she with between February 11 and February 19 and why was she in that park? Who took her to the park? We're not getting these answers," Cochran said.

Police are still calling Vasquez’s death “suspicious,” and they're still asking anyone with information to call the TIPS Hotline at (816) 474-TIPS.