OVERLAND PARK, Kan. — An Overland Park family has settled a lawsuit for $2.3 million after an officer shot and killed their son.

John Albers, 17, died as a result of a shooting on Jan. 20, 2018. Police were initially called to the Albers’ home for a welfare check.

According to 911 dispatch audio, the caller said Albers was chatting with a friend on FaceTime, saying he’d been taking pills and drinking. Albers allegedly said he was done with life and threatened to hurt himself.

Video footage shows, as Officer Clayton Jenison approaches the Albers’ home, a van driven by the teen backs out of the garage. Jenison then fires his service weapon twice, and the van stops briefly before whipping around so it is facing forward in the driveway.

When Albers backs up, Jenison is behind the van. When Jenison is at the side of the van, he fires 11 more shots.

An official investigation by law enforcement determined the shooting was justified, and charges were not filed. Jenison resigned from the police department shortly after the shooting citing personal reasons. 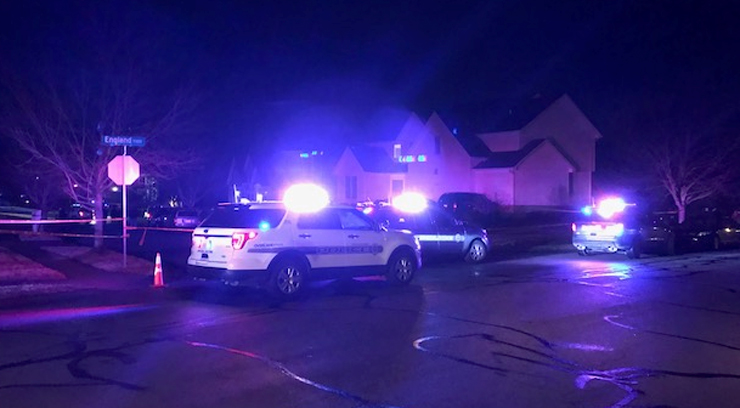 But the teen’s parents, Steve and Sheila Albers, filed a wrongful death lawsuit, naming Jenison and the City of Overland Park as defendants. The lawsuit alleged the officer used excessive force in the shooting, and that the city had inadequate policies in place.

The suit called for a jury trial into the fatal shooting.

But on Monday, the Albers family’s attorney confirmed to FOX4 that the lawsuit was settled outside of court for $2.3 million.

“While we as a family continue to mourn and heal from John’s passing, we wanted to again thank the community of Overland Park for its continued prayers and support,” the couple said in a statement. “John is forever gone and there is nothing that can ever excuse such an unreasonable use of force. We can only hope this tragedy serves to prevent similar tragedies from happening to other families.”

The 17-year-old’s family says that Jenison, who had not received any Crisis Intervention Training prior to that day, and another officer who were sent to the scene did not attempt to knock on the Albers’ door or announce their presence. After a few seconds, the lawsuit says the second officer goes back to his patrol vehicle.

The lawsuit says as the garage door began to rise, Jenison grabbed his gun and walked toward the garage. The lawsuit argues there was no reason for the officer to un-holster his weapon.

Contradicting the Officer-Involved Shooting Team’s investigation, the Albers family alleges neither Jenison nor any other officer was not in the path of the van or in danger when he fired his gun at the vehicle.

As for why the van did not stop, the lawsuit says Jenison’s first two shots made the 17-year-old incapable of maintaining control of the vehicle, causing the van to spin around and roll into the street.

An autopsy confirmed Albers was hit by gunfire six times and was not under the influence of any drugs or alcohol, according to the lawsuit.

“We will continue to focus our efforts at making Overland Park a safer place to raise a family through our work with JOCO United. JOCO United seeks to improve Crisis Intervention Team training when officers encounter citizens in mental distress and to expand transparency of public agencies by allowing access to information in police shootings,” Steve and Sheila Albers said in Monday’s statement.

At a news conference in February, Overland Park Police Chief Frank Donchez addressed questions about whether the officer was actually in immediate danger.

“He was out of the way at one point, but as you saw the van turned around and came back at him,” Donchez said. “One of the misconceptions is that if you are alongside a vehicle you are no longer subject to danger. That’s not remotely true. One cut of the wheel to one side or other can take you down with the side of the vehicle. Don’t let the fact that he’s alongside the vehicle fool anyone into believing that he’s no longer in danger.”

Police released two viewpoints of the of the Jan. 20 shooting, which you can watch in the video player below.