The US Food and Drug Administration’s Allergenic Products Advisory Committee on Friday voted in favor of approving a treatment for peanut allergies in children.

The drug Palforzia is designed to minimize the incidence and severity of allergic reactions in people from ages 4 to 17 with peanut allergies.

If approved, this will become the first FDA approved treatment for peanut allergy. 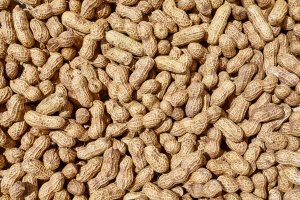 “We are very pleased that the FDA Allergenic Products Advisory Committee has voted in support of Palforzia,” said Jayson Dallas, CEO of drug manufacturer Aimmune Therapeutics. This recommendation recognizes the urgent need for patients to have a treatment option for their potentially life-threatening allergy.”

Peanut allergy is one of the most common food allergies in US children.

If children who are allergic to peanuts are exposed to them, they may experience an array of symptoms including cramping, indigestion, diarrhea, shortness of breath, tightness of breath, hives and swelling.

The most severe reaction is anaphylaxis, when the entire body responds with symptoms including impaired breathing, a sudden drop in blood pressure, and fainting and dizziness. If not treated immediately, anaphylaxis can be fatal.

Palforzia works essentially by exposing children to controlled dosages of peanut protein until they’ve reached a maintenance level. The company says in documents filed ahead of Friday’s meeting with the advisory committee that the treatment is a powder mixed once each day with certain foods like apple sauce, yogurt and pudding.

A phase 3 trial submitted as evidence in favor of the drug by the manufacturers found that 2/3 of children were able to eat the equivalent of 2 peanuts without any allergic symptoms after the course of treatment. Patients may be required to take the therapy for six months or longer.

The company said the most common adverse effects were abdominal discomfort or pain, coughing, hives, itching, nausea, throat irritation and vomiting. However, about 9% of children dosed with Palforzia during the trial had to stop the treatment because their allergic reactions were so severe.

According to Aimmune Therapeutics, the advisory committee voted in favor 7 to 2 for the effectiveness of the drug and 8 to 1 in support of its safety in its use among children as long as there were additional safeguards such as patients having a dose of injectable epinephrine on hand.