(CNN) — From 1976 to 1985 the Kansas City Royals were awesome. They had one of the best hitters in the game. They had sharp young pitchers. They were a part of almost every October. 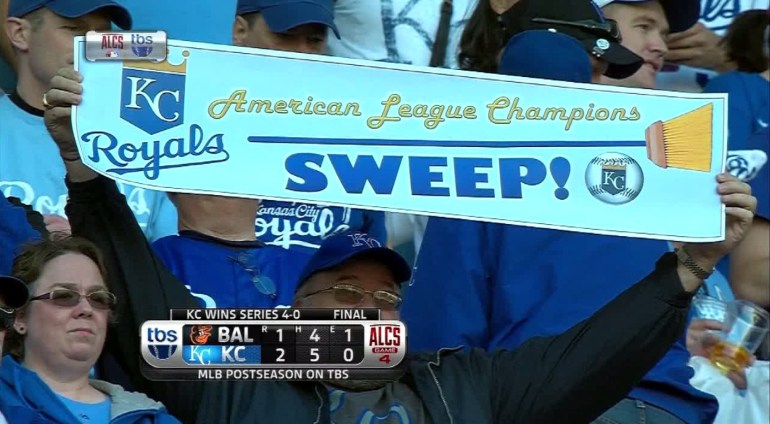 But the 1985 World Series comeback win over the St. Louis Cardinals was the Royals’ last taste of glory until Wednesday, when this year’s team rumbled back into the Fall Classic, sweeping the Baltimore Orioles to win the American League Championship Series.

For much of the past 29 years, the Royals haven’t been a baseball afterthought, they’ve been a non-thought, except for their loyal fans.

There’s plenty of room on the Royals bandwagon, so if you’re thinking about getting on, here are five things to consider: 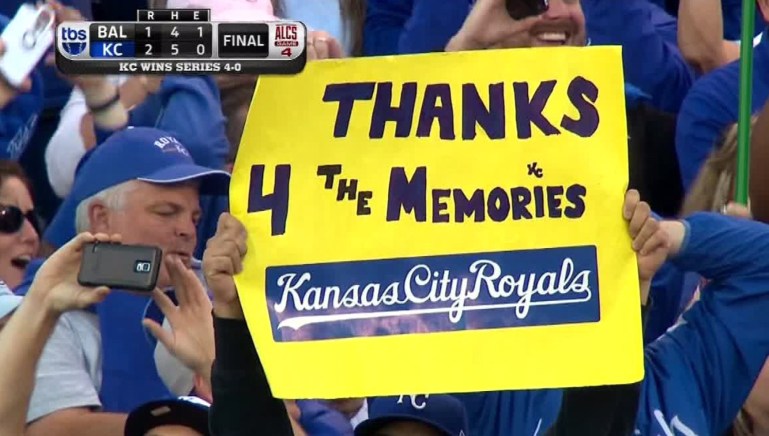 If asked to name one Kansas City Royal, most people would say George Brett.

If asked to name a current Royal, most people would be silent.

But don’t be too embarrassed, this is a team that doesn’t have any huge stars. They don’t even have many celebrity fans. We think they have one — actor Paul Rudd.

They don’t make splashy news in the free agent market. They built a great team through some smart draft picks and augmented the roster through a few nifty trades. But none of the names in the lineup stands out to people who don’t closely follow the game.

Seriously, had you heard of Lorenzo Cain until October? (He was the most valuable player of the ALCS, by the way) 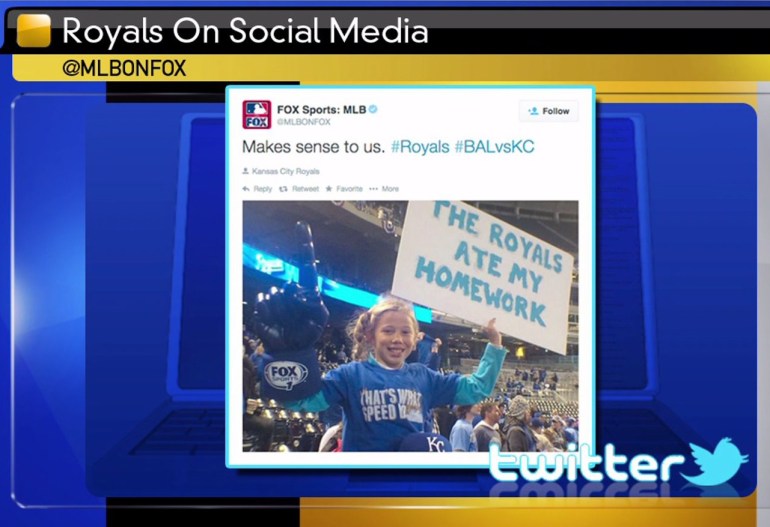 They can pick it

It seems like you can’t hit a ball where the Royals ain’t. On Wednesday, the Orioles smoked four balls in the first two innings right on the nose. Every one was turned into an out.

The game was punctuated by a great catch by Alex Gordon, who slammed into the left-field wall just after his glove swallowed the ball.

Before the season, a whole lot of experts said the Royals had some of the best fielders in the majors, but then they made a 104 errors, including a stretch of 35 in 35 games.

So far they’ve had far more great plays than errors (just three in eight games) in a tense and tight postseason. 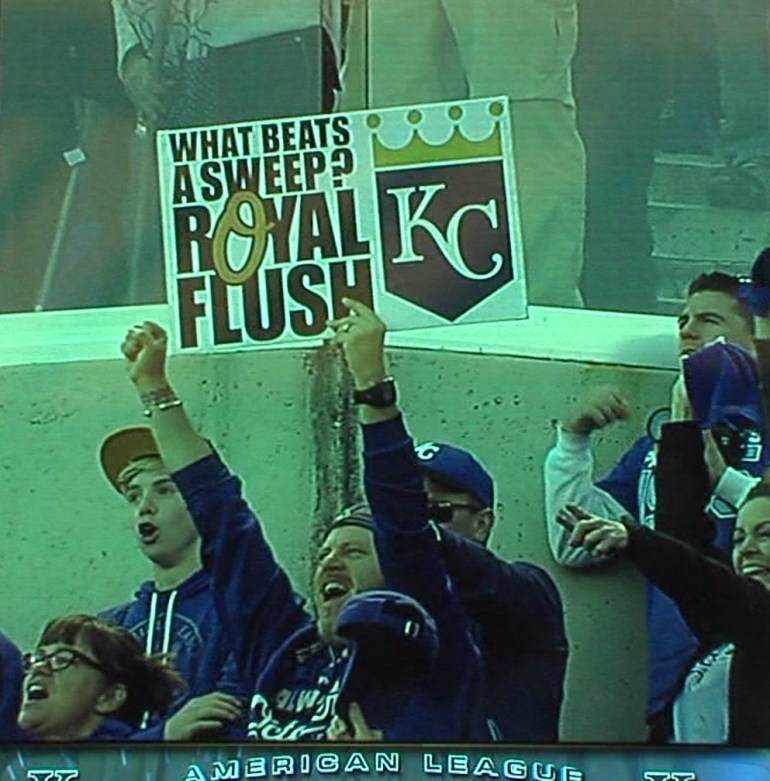 The Royals haven’t lost in the post season since 1985.

Well, that’s in part because they haven’t been in the playoffs since 1985 when they won the last three against the St. Louis Cardinals to win the World Series, four games to three.

But check this, they’ve won 11 straight games in the postseason. All eight this year, most of them of the nail-biting, gotta-get-a-clutch-hit variety. They were four runs down and six outs from being bounced out of the playoffs before it really even started.

But they rallied to beat the Athletics in extra innings in a thrilling Wild Card game and dispatched the highly favored Angels with two extra-innings wins and a rare ho-hum easy “W” in the division series.

They swept the Orioles in four but they only outscored them by six runs.

It helps the offense to know the bullpen is going to lock it down so all they have to do is keep it close, third baseman Mike Moustakas said. 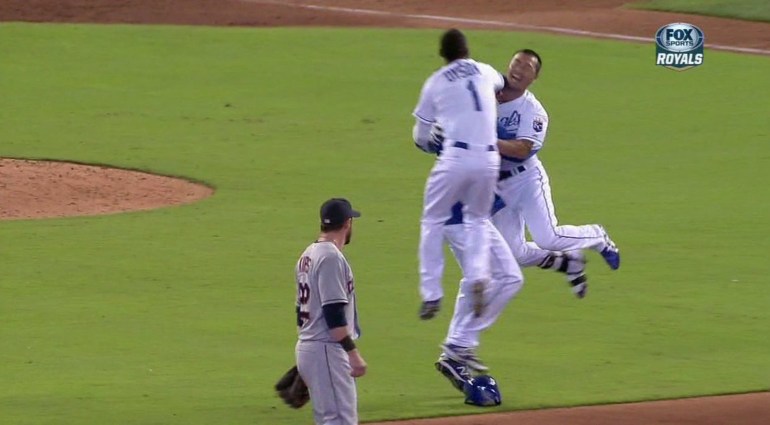 They just have fun

Bo knows. Former Royal Bo Jackson says the kids on this team are a joy to watch.

“It’s been a long time since I’ve seen professional athletes have fun and enjoy the heck out of coming to work every day,” he told sports host Jim Rome this week. The lack of outward happiness could stem from the huge money that puts pressure on players to perform, he said.

Well, the not-so-regally compensated Royals — they are 18th out of 30 teams in the majors in payroll at $91 million — don’t take the field with high expectations or a lot of pressure. This team has been rebuilding and manager Ned Yost accepts stumbles that come with a youthful team.

“To watch them go through the last couple of years, the ups and the downs and to finally get to this point, I am very proud of them,” he said. 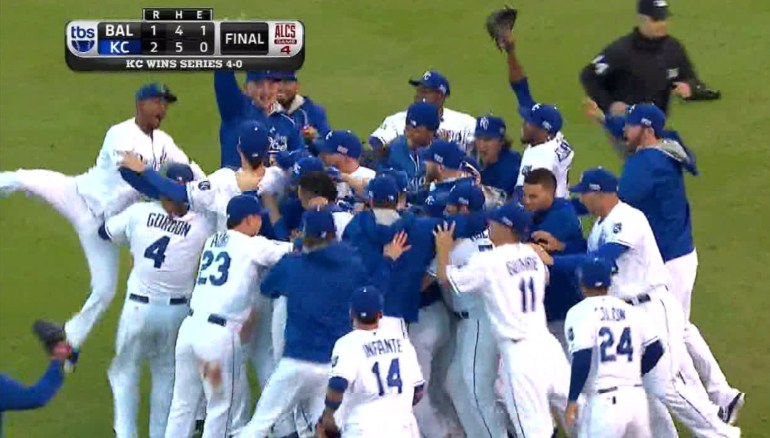 It was about a decade ago that the Royals lost 310 games in three years. It wouldn’t even be June yet and Royals fans were already ready to give up.

You never knew who the Royals fans were in your office because they never had anything to brag on.

It’s been 29 years since their team had won a playoff game, let alone go to the World Series. Sure, there are teams with longer droughts, but these Royals are the likeable and plucky underdogs who just can’t seem to be bothered with losing.

SI:AM | The Super Bowl Is Set

LeBron and the Lakers Can’t Let the Bad Calls Linger