BELTON, Mo. — Another step in the path to long-awaited closure for a pair of families was taken on Thursday as prosecutors filed murder charges against the man accused of killing their loved ones. Already behind bars, Kylr Yust is charged with murdering Kara Kopetsky and Jessica Runions.

The Cass County prosecutor also filed two charges of abandoning a corpse against him. Yust had been the primary focus for investigators into the disappearances of Kopetsky from Belton in 2007, and from Runions in 2016.

As a sign in mom Rhonda Beckford’s sign says, she and Runions’ mom have been waiting for justice for both of their daughters. 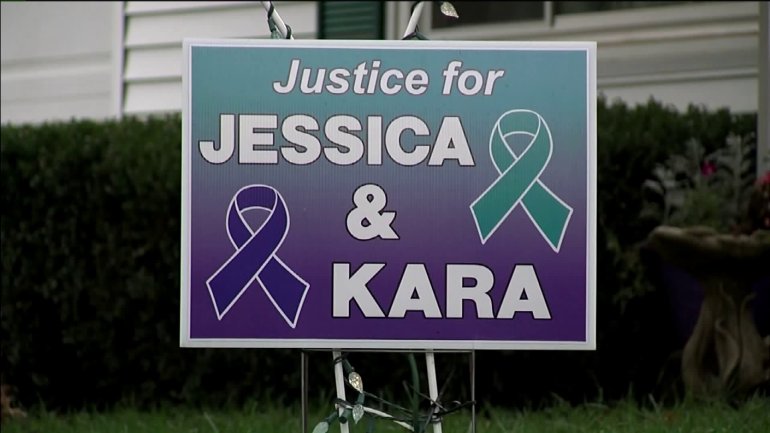 Now that Yust is charged, the families hope their prayers will ultimately be answered.

“You guys know what a difficult time it’s been,” Beckford told reporters on Thursday night outside of her home.

Both grief-stricken mothers have waited a long time for this day.

“We just want justice for our girls,” Jamie Runions said.

“You’ve made sure that Kara hasn’t been forgotten, and that’s where we’ve always wanted the focus to be, is on our girls,” Beckford said.

Yust has always been the prime suspect in the disappearances of Kopetsky and Runions. Yust was Kopetsky’s ex-boyfriend when she vanished after leaving Belton High School a decade ago.

Court papers reveal the prosecutors’ case started on April 28, 2007— days before Kopetsky disappeared. She told police that Yust kidnapped her after they broke up.

Witnesses told police 21-year-old Runions was last seen leaving a party in September of last year with Yust. In April, a mushroom hunter found the remains of the missing teenager and young woman in a field in rural Cass County. Until now, Yust has only been charged with burning Runions’ car.

“We want to let you guys know because of the sensitivity of the case we’re not gonna be able to do any interviews because we’re moving into a trial,” Beckford told reporters.

“If he is the person that did this, and apparently we believe that he is, he needs… justice needs to be done,” Beckford’s neighbor Kathleen Dirks said.

Prosecutors are now asking that Yust be held on a $1 million cash only bond in connection with the Kopetsky and Runions murders.