In October 2018, a school administrator at De Soto High School notified law enforcement about Richard Finazzo, who had just resigned from his position as a school nurse. 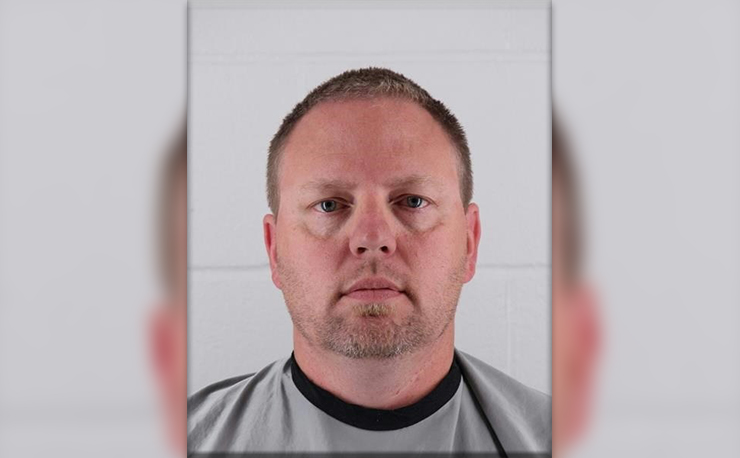 Staff members had raised concerns about the amount of time female students were spending in his office.

Finazzo allegedly admitted to the administrator that he had been texting a student and that she had been to his house. He resigned that day.

One female student told investigators that Finazzo made sexual comments toward her and had asked her to participate in a photo shoot when she got out of high school.

Another student claimed that Finazzo gave her his cell phone number and snapchat information, but she declined to contact him because she felt uncomfortable.

Other students claimed that he touched them inappropriately when they were in his office for treatment.

A father of one of the victims called law enforcement and the student told investigators  that Finazzo had been texting her prior to meeting her at a park and engaging in sexual activity.

Finazzo allegedly performed a sex act on a victim at his home on October 15, 2018.

Police were able to recover chat messages between Finazzo and the victim, talking about meeting at the park and providing her with his address.

An October 2018 search of his web history allegedly revealed searches for “Kansas Statutory Rape Laws” and “Age of Consent Kansas.”

During an interview, Finazzo admitted that the student had been to his home because she was experiencing anxiety and claimed that he resigned from De Soto High School because of a “double standard” because the victim is female and he is male.

He also admitted that he was fired from Gardner-Edgerton High School in 2016 due to what he called a “massive double standard.”

Finazzo was released on bond from the Johnson County jail. His next court hearing is July 31.

Officials with the school district issued this statement:

USD 232 places a priority on the safety of students entrusted into our care. Our school’s administration followed protocol and immediately contacted law enforcement in October 2018 about a concern involving a former staff member. While the district is aware of an investigation, it has no first-hand knowledge of an incident. The district stands ready to cooperate with the investigation if contacted by authorities.  Questions about the investigation should be directed to the appropriate law enforcement agencies.
38.979171-94.968578