LIBERTY, Mo. -- A former William Jewell College student is suing the school, alleging it didn't do enough to protect students from sexual assault.

She says she's a rape victim and the school knew about her attacker. In the new federal lawsuit, the student says she was raped on campus by a football player who had a history of sexual violence.

And experts say many colleges can do better in taking critical steps to keep students safe.

A dorm hall at William Jewell is at the center of stunning allegations in a new federal lawsuit. The suit alleges a 2017 football player, referred to as ZP, was busted twice for sexual incidents on campus.

“We know a lot of times people who perpetrate this type of violence don’t do it just once. Not all the time, but a lot of times, it’s a pattern of violent behavior,” said Audrey Yazell, advocacy and outreach specialist, and Title IX advocate with the Metropolitan Organization to Counter Sexual Assault.

Court records say William Jewell should've had concerns about recruiting ZP to play football from the get-go. The lawsuit says he had "committed a sexual act sufficient to violate his high school's policies,” and was forced to complete his education at an alternative school.

Just weeks after coming to campus in Liberty in 2017, there was a problem. 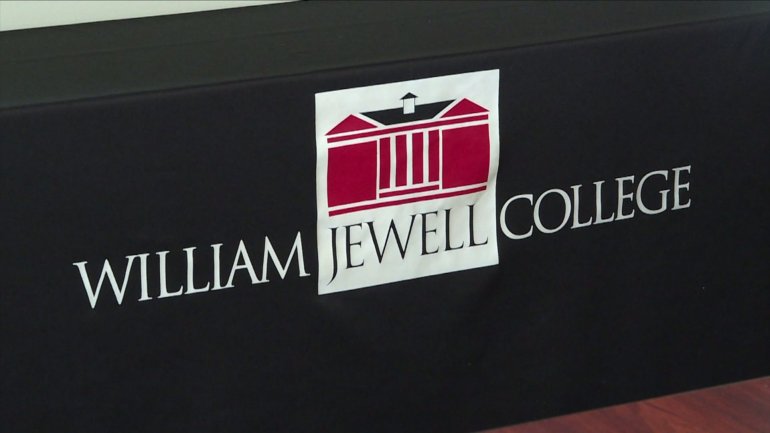 ZP was accused of filming two students having sex through a dorm window, sending that video to several other students and even posting it on Snapchat. The incident was reported to campus leaders and an investigation launched.

But the suit says despite all the evidence, ZP was "not removed from campus" and remained there until three weeks later, when the plaintiff, AP, was allegedly raped.

“There's not harsh punishments that happen. Some schools are trying to do better, especially right now when there`s a lot of attention paid to this issue,” said Yazell.

The plaintiff said she woke in the middle of the night to find ZP forcing himself on her. In the days that followed, the incident was reported to the college, a hospital and police.

ZP was only partially suspended. Court records say AP was then continually harassed by phone and in person by other students.

“A lot of times the suffering the victim goes through as a result of reporting, is so profound,” Yazell said.

William Jewell ultimately expelled ZP and ordered him to pay a $2,000 fine, to help cover the plaintiff’s counseling.

But AP says the school's attempts to help her were lackluster, and that in a meeting with administrators, she was told talking about the assault, the college's handling or investigation of it would be "grounds for dismissal."

“Whenever someone comes forward and says they’ve been hurt by someone like this, that someone has perpetrated sexual violence against them, it’s the school’s job to believe that student and make sure they’re keeping everyone on campus safe,” Yazell said.

This lawsuit accuses the college of violating Title IX protections designed to help students affected by sexual violence. The suit also asserts William Jewell was negligent by allowing ZP to remain on campus for weeks, and negligent by not following its own safety measures on dorm checks or improving security after four reported on-campus rapes the year before.

William Jewell says it has not formally been served with the suit yet, but will file a response when that happens. It issued the following statement to FOX4:

"While federal privacy laws limit our ability to comment on the specifics of this case, the College believes it took the appropriate steps in this matter in compliance with the law. The safety and security of our students is our top priority. We have a zero-tolerance policy related to sexual misconduct and have a comprehensive Title IX program in place that guides our response to any incident or allegation. As part of our commitment to our students, we also have support services and counseling available, mandatory training for faculty, staff, and students, and a strong partnership with the Liberty Police Department. William Jewell College believes we all have a responsibility to work every day to eliminate sexual misconduct from our campus and maintain a safe and healthy environment."

The suit seeks a jury trial and financial damages.

FOX4 also asked Liberty Police about the status of its investigation into the allegations The department told FOX4 the following:

“The case was investigated and presented to the Clay County Prosecutor's office, and prosecution was subsequently declined. Accordingly, this case is a closed record per Missouri Sunshine Law.”