SHARE
This is an archived article and the information in the article may be outdated. Please look at the time stamp on the story to see when it was last updated.
Joplin tornado (2011) – The costliest tornado in U.S. history hit the city of Joplin and surrounding areas on May 22, 2011. 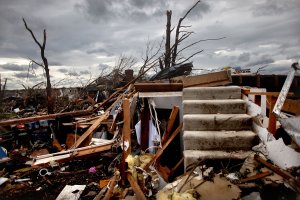 The EF5 tornado was nearly a mile wide, with nearly 200 mph winds when it slammed into the southern part of the city, killing 161 people and injuring around 1,150 others, making it the deadliest tornado on record since 1947. Some 7,500 homes were destroyed along with 500 business, causing $2.8 billion in damage. After Joplin, the National Weather Service made changes and improved warning systems for future storms. Disappearance of Lisa Irwin (2011) – In the early morning hours of Oct. 4, 2011, Lisa Irwin was reported missing from her crib in her northland home, spurring an Amber Alert and furious search to find the 10-month-old baby. Suspicion soon fell on her parents, Jeremy Irwin and Deborah Bradley. The case made national news, and soon private investigators and hot shot attorneys were in town, trying to get their moment in the spotlight. On Oct. 19, police executed a search warrant at the house and took several items. Despite intense media interest in the case, Baby Lisa has never been found. The National Center for Missing and Exploited Children released an age progressed photo to show what she might look like at age 7. JJ’s restaurant explosion (2013) –  A massive gas explosion destroyed JJ’s restaurant on the Country Club Plaza on Feb. 19, 2013, killing server Megan Cramer and wounding 15 others. 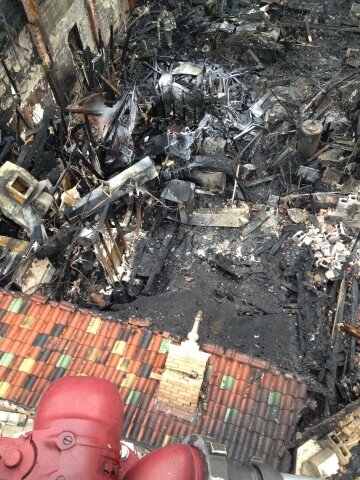 The explosion, a report would later determine, was caused by Missouri Gas Energy after a contract worker struck a gas line. The Missouri Public Service Commission found MGE liable for the explosion and said that  the company violated public service rules. JJ’s has since re-opened in a new location. Jewish Community Center shootings (2014) – On April 13, 2014 William Corporon and his grandson, Reat Underwood, were shot in the parking lot of the Jewish Community Center in Overland Park by an avowed white nationalist and anti-Semite. The shooter then drove to nearby Village Shalom, where he shot and killed Terri LaManno before being taken into custody outside of a nearby elementary school. The killer is now on death row. The Seven Days “Make a Ripple, Change the World” event was created to honor the victims. Shooting of Michael Brown and Ferguson protests (2014) – The shooting death of Michael Brown and its aftermath gripped Missouri and the nation. On Aug. 9,2014, Brown, a black teenager, was shot and killed by Officer Darren Wilson, who is white. The next day, a candlelight vigil to honor Brown turned violent and weeks of unrest followed. School was postponed, a curfew was instituted, and police in St. Louis County rolled down the street in military tanks, armed with assault rifles. Eventually, Governor Jay Nixon called in the National Guard to try and keep the peace after protesters fired shots at officers. Wilson resigned from the force four months after the shooting and a grand jury declined to indict him in the case. After the shooting President Barack Obama announced $75 million in grants for police body cameras. The events in Ferguson helped give rise to the Black Lives Matter movement. Arson death of KC firefighters (2015) –  On Oct. 12, 2015 Kansas City firefighters John Mesh and Larry Leggio died when a burning building at Independence Avenue and Prospect collapsed on them. The fire was determined to be the result of arson. Thu Hong Nguyen was convicted of intentionally setting fire to her nail salon in a scheme to get insurance money. She was later sentenced 74 years in prison for the deaths of Mesh and Leggio. A permanent memorial to the two fallen firefighters now stands at Snyder’s Supermarket, directly across from the scene of the fire. Royals win the World Series (2015) –  2015 will go down in history for Kansas City sports fans. After three decades, the Royals finally brought home the crown, defeating the New York Mets in game 5 of the World Series. 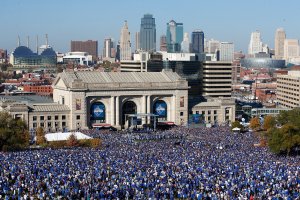 The team, including Eric Hosmer, Mike Moustakas, Alcides Escobar, Salvador Perez and Lorenzo Cain, Alex Gordon and the late Yordano Ventura were treated like, well royals, upon their return to Kansas City with the trophy. A sea of blue greeted the champs as they returned to KC for their victory parade. Although it’s impossible to know exactly how many people packed the parade route, some estimates were as high as 800,000 fans. Verruckt tragedy (2016) – The Verruckt water slide opened at Schlitterbahn in the summer of 2014 to much fanfare. Standing over 168 feet tall, it was billed as the tallest water slide in the world. The slide’s creator, Jeff Henry, even went on the Travel Channel’s Xtreme Waterparks bragging about the slide. Then, on Aug. 7, 2016 10-year-old Caleb Schwab died from injuries he sustained while going down the slide. Caleb was the son of then state legislator Scott Schwab. Following his death, new regulations were passed in Kansas requiring a more stringent inspection process for amusement park rides. Charges were brought against Henry and two other men in Schwab’s death. Those charges were later dropped on a technicality. Schlitterbahn is currently still standing, but hasn’t been in operation since 2018. Kylr Yust charged with murdering two women (2017)–  Though he was long suspected of being involved with the disappearance of his high school ex- girlfriend, Kara Kopetsky, Kylr Yust was charged with her murder, as well as the murder of another young woman in 2017. Kara Kopetsky was last seen in 2007, leaving Belton High School. For nearly a decade, her parents kept her case in the public eye, hoping to generate leads that would close the case. In 2016, Jessica Runions was seen leaving a party with Kylr Yust. Her car was found burned in south Kansas City and prosecutors charged Yust with arson. The remains of both women were discovered in April 2017 by a mushroom hunter in rural Cass County. Yust is now facing murder charges. His trial is set to begin next year. Shooting at Austin’s Bar and Grill (2017) – On Feb. 22, 2017, a man walked into Austin’s Bar and Grill in Olathe and opened fire on two men that he believed were Iranian. He reportedly yelled “get out of my country” and “terrorist” before opening fire. Srinivas Kuchibhotla was killed in the shooting and Alok  Madasani was injured. Both men are from India. A third man, Ian Grillot, was shot while trying to defend the victims. The shooter faced hate crime charges and was later sentenced to three consecutive life sentences. Total Solar Eclipse (2017) – On Aug. 21, 2017, thousands of people in the metro and around the nation gathered to view the Total Solar Eclipse. In Kansas City, was in the path of totality and for about 2 minutes and 19 seconds it was complete darkness. Governor Eric Greitens resigns (2018)–  Republican Eric Greitens defeated Democrat Chris Koster to become Missouri’s 56th governor. His time in office would be short lived. The night of his state of the state address in Jan. 2018, KMOV published a report claiming Grietens had an extramarital affair with his hair stylist. In an audio recording made of the woman’s comments and shared with the station by her ex-husband, the woman claimed that Grietens had taken photos of her without her consent and used them to threaten blackmail if she spoke about the affair. Grientens admitted to the affair, but denied the other claims. Things quickly went from bad to worse for the Governor when he was indicted in invasion of privacy charges by a St. Louis grand jury. He was also charged with campaign finance violations. Both charges were eventually dropped and Grietens resigned in May, just as legislators were set to begin impeachment proceedings. KCK bar shooting (2019) – Just before 1:30 a.m. Oct. 6, 2019, Kansas City, Kansas police responded to a shooting at the Tequila KC Bar near 10th and Central. There they found four people dead inside the business and five outside with injuries due to gunshots. The two suspects, Javier Alatorre and Hugo Villanueva-Morales are both in custody and have been charged with the killings. Midwest flooding (2019) – In 2019, Midwestern states suffered severe flooding along the Missouri River. It began as a snow melt event in South Dakota. That, along with heavy rain, saturated farmland and towns in the Dakotas, Iowa, Missouri, Kansas and Nebraska. Thanks to the event, which began in march, 81 of Nebraska’s 93 counties received disaster declarations and record river levels were set in 42 different locations. In the FOX4 viewing area, the town of Craig, Mo. was hardest hit, with the Missouri State Highway Patrol evacuating residents. I-29 north of St. Joseph was closed for months due to high water. The flooding in the Kansas City area was officially declared over Dec. 16.
39.099727-94.578567