“KCMO police recovered it after your station aired its story, and people called in,” Troop 495 scoutmaster Chris Conner said.

Conner added that he is thankful for everyone who helped track down the trailer.

Another representative from the troop said police found it in the northland only a few miles from where it was taken from.

The troop told FOX4 the trailer is intact, but a few items were taken, including propane tanks and electrical cords.

Conner said the trailer is used to hold all of the camping equipment for more than 40 scouts and their troop leaders. 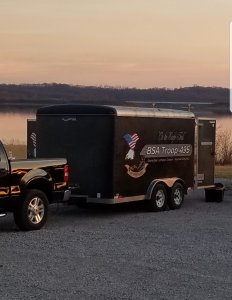 “It was definitely heartbreaking to see the trailer was truly gone because then you realize how many memories you had in that,” Conner said.

The troop had originally planned to bring the equipment on a camping trip to Smithville Lake this weekend.

“It might still be on… but if it does, it radically changing to a survival camp out,” Conner said.

Conner told FOX4 Wednesday night that he has no idea who stole the trailer and has filed a formal police report. Now, he’s turning this life lesson into a leadership moment for the scouts.

“They will now have an investment in the next troops set of equipment… so now they are going to have a part in whatever fundraiser we end up doing,” Conner said.

While it’s a setback, Conner said it will not stop the spirit of scouting.