RIDGELY, Mo. — The Platte County Sheriff’s Office and Missouri Fire Marshal continue to investigate after the bodies of a young man and toddler were found Sunday burned inside a car.

Authorities were called to the car fire Sunday morning on Highway B, just outside the town of Ridgely.

The sheriff’s office said there’s a lot of circumstantial evidence pointing to who the young man and toddler are. They’re now just waiting on the medical examiner to confirm the identities.

Loved ones tell FOX4 that Nate Duncan and his daughter Natalie were the two killed, and now they’re desperate for answers as to how this happened and why.

Friends described Duncan as a doting father to his 2-year-old daughter, who they called “Nat Nat.”

“He was just a laid back, mellow dude. He didn’t want problems with people. He just wanted the best for everybody,” friend Kyle Pressley said.

“He was honest, very honest guy. (He) would help anyone out if they were in a struggle,” Brianna Stancil said.

Stancil got to know Duncan working at the Platte City McDonald’s. She introduced Duncan and his girlfriend Gillian, to her fiance, Pressley.

The two couples were the best of friends. She and Pressley were planning to have the two as the maid of honor and best man in their wedding. The couples even had little girls born at the same time two years ago, who played together all the time.

Pressley and Duncan recently started working together at a hotel near KCI.

“You wake up and find out he’s not at work, and you text him and he doesn’t text you back. Then two hours later, find out he passed away,” Pressley said.

Stancil and Pressley said Duncan and Natalie were the two found in a burned up car, parked outside the family’s home near Ridgely. 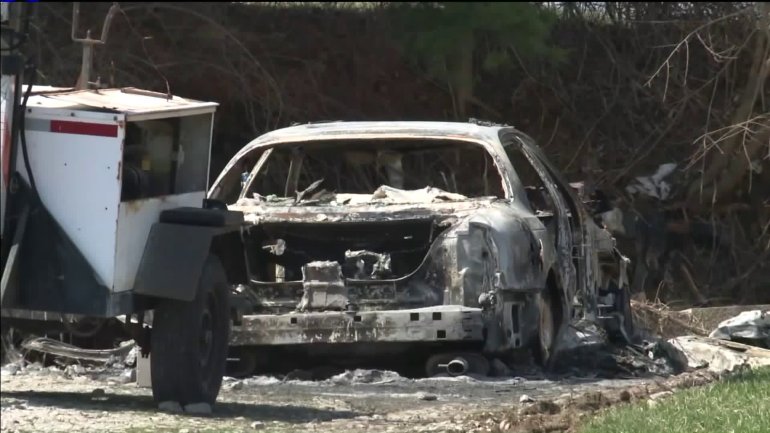 “He didn’t deserve that. Neither did Natalie. They were just so playful and so friendly. I don’t know why it has to happen to the good people,” Pressley said.

Platte County Sheriff’s deputies said the deaths are suspicious but have not released more details.

Pressley and Stancil say Duncan and his girlfriend recently kicked out some troublesome roommates, and a few weeks ago had their house shot up with paint-balls.

But they still can’t understand why anyone, might do something this drastic.

“It’s not Nate. It’s not like Nate. He’d try everything if he had a chance to get out of that car and grab his kid, just as fast,” Stancil said.

“I’m just hoping for some justice. If it was foul play, hope they find the person that did it,” Pressley said.

Friends also said Duncan was fighting to get custody of a 6-year-old son he only recently learned existed, and now they’re heartbroken that little boy will never get the chance to know his dad.

If you have any information about the vehicle fire, call the Platte County Sheriff’s Office.

A GoFundMe has been set up to help family with funeral expenses.

Teen dies after being shot on his birthday in KC