GLADSTONE, Mo. — A sunny park was transformed into a memorial spot for a teen loved and missed by dozens of his friends.

Police say a Northland teen was killed in an accidental shooting Monday night. Some of his classmates met after school to remember one of their favorite people, Garrett Turner.

Oak Grove Park was one of the Oak Park High School junior’s favorite places, and his friends said that’s where he’d be right now if he were still alive.

His friends made a banner that read “Rest In Peace” and had one of Turner’s favorite phrases, “No bad vibes.”

There were tears among the smiles, a lot of hugs, and even some laughter as they sent a few a balloons up to the sky in honor of their friend. 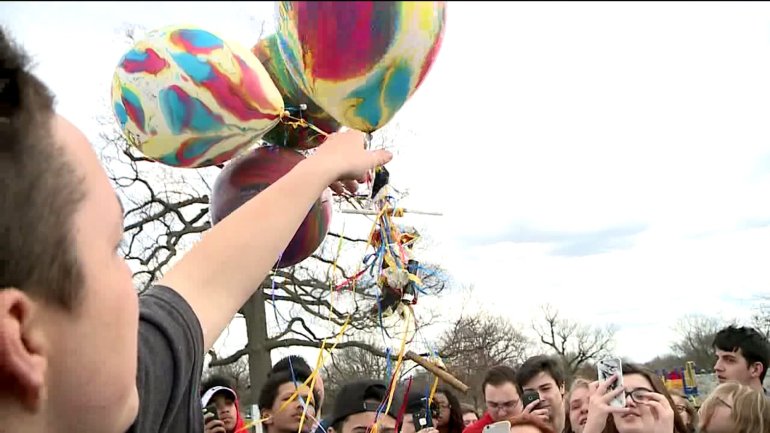 “Everybody that’s gathered here was the best thing that could happen. He’s looking down really happy,” friend Mario Ahumada said. “I know he’s always going to be here with us, but it just sucks to think that I’ll never be able to hug him or talk to him again.”

“He was really special. He was beautiful. He had a beautiful heart and he was a great person,” friend Lizzy Minick said.

Police say another teen accidentally shot Turner inside a Northland home Monday, but outside of that, no other details have been released.

TOPEKA, Kan. — A bill to lower the legal age to carry concealed firearms in Kansas from 21 to 18 has stalled in a House committee, but a supporter plans to offer the proposal for consideration on the House floor.

Rep. John Barker, an Abilene Republican who leads the House Federal and State Affairs Committee, said he is unlikely to hold a committee vote on the bill, declining to say why or whether he supports the bill.

With printing presses no longer in service, Kansas City Star building goes up for sale