LIBERTY, Mo. — A Grain Valley man will spend the rest of his life behind bars for the stabbing death of his estranged wife in Clay County.

Larry Ratliff, 70, was sentenced to life in prison without the possibility of parole for the murder of Carolyn Ratliff, plus 40 years in prison for armed criminal action. 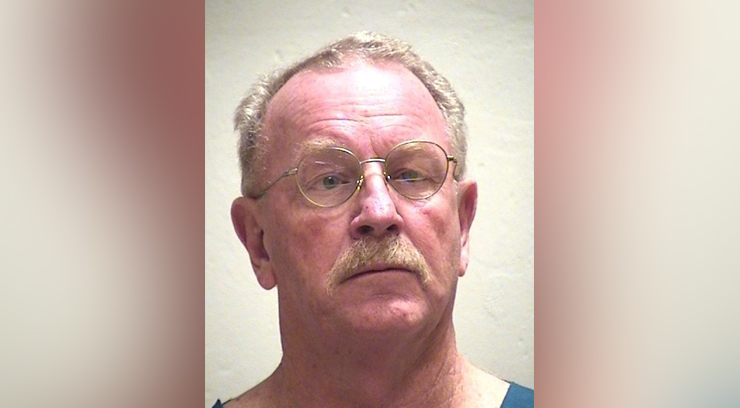 The family member said Larry Ratliff had killed his wife at a residence at 10215 N. E. 38th Street in Kansas City, Mo.  According to the victim’s sister, that’s her home, and she says Carolyn had been staying with her because she wanted a divorce.

According to police, both of the couple’s daughters reportedly received calls from Ratliff, leaving a voicemail saying, “I stabbed your mom. I killed her.”

When police responded, they say they found Ratliff crying in the driveway, where he allegedly told officers he stabbed his wife four times in the chest. He told police she was inside the home.

Ratliff, who testified in his own defense, claimed that he inadvertently pulled a hunting knife out while trying to get his cell phone and once he had the knife, he snapped and began stabbing Carolyn.

According to the prosecutor’s office, jurors were shown video where Ratliff detailed to officers how he planned and carried out the murder.

“It’s chilling. He demonstrates no affect, no sign of remorse. No weeping. Nothing,” said Clay County Prosecutor Daniel White.

OVERLAND PARK, Kan. -- A local business and non-profit are teaming up to take down. hunger during the coronavirus pandemic. The idea is also to help keep small businesses open and people employed.

Todd Johns, owner of Plowboys Barbecue, had a full freezer, but an empty feeling when the effects of COVID-19 kicked in.

RAYTOWN, Mo. – The Raytown School District learned on Sunday that a food service worker involved in preparing meals at Raytown Middle School on March 23, 2020 tested presumptive positive for contracting COVID-19 and has sought out medical treatment.  The patient was not present when meals were served on March 24th.

At this time the district is not aware of anyone else who works in the district or received a meal from Raytown Middle testing positive or showing symptoms of COVID-19.  All staff members were checked by district nurses prior to preparing and serving meals.

PAOLA, Ks. -- The state of Kansas goes into a mandatory stay at home order a midnight Monday morning.  It will become the 23rd state to order all its residents to stay home, and to only go out for essential reasons.  Governor Laura Kelly said she did it because the piecemeal implementation across the state was leading to chaos – and ultimately failure.

Kansas City and its surrounding counties have already been under one for several days.  But the areas surrounding the metropolitan area could give us a clue as to how rural places, like in western or southeast Kansas, will look under a Stay at Home order.