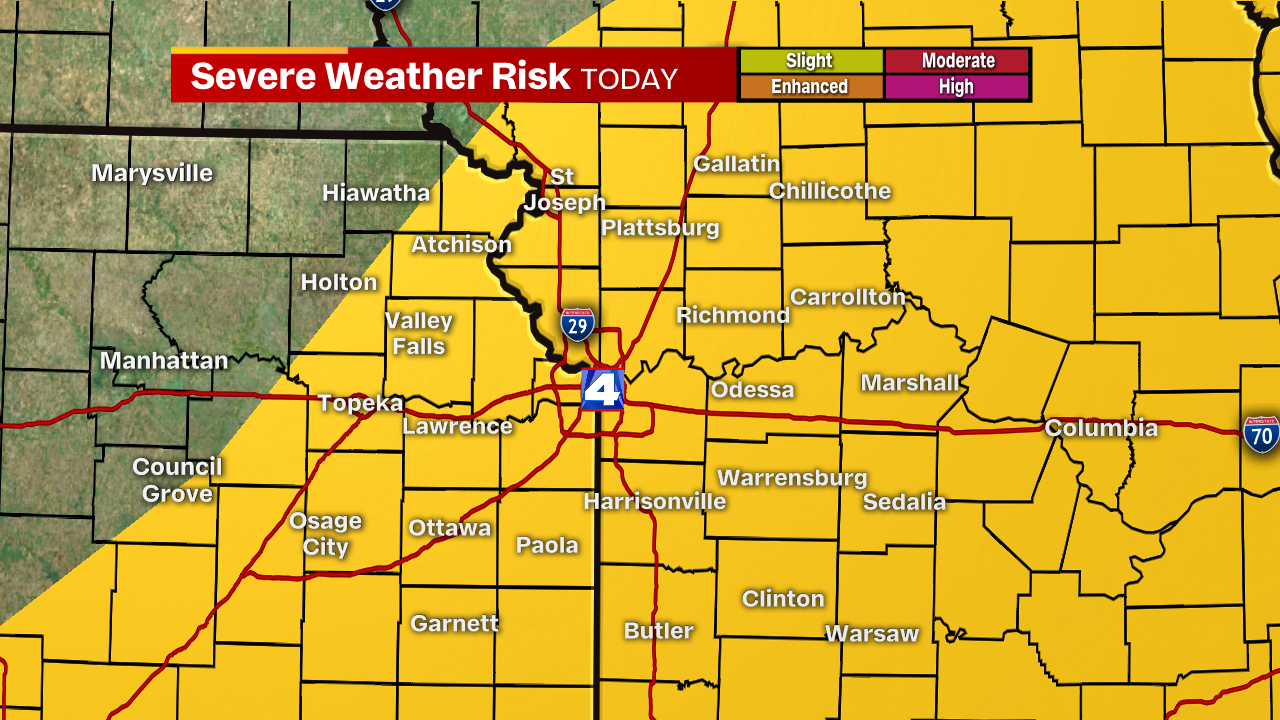 As part of an active next few days, most of our area is under that “slight” risk for severe weather on Thursday.  That’s category 2/5 (5 being the highest) that the Storm Prediction Center issues.  Don’t let that fool you, these storms will pack a punch later today. 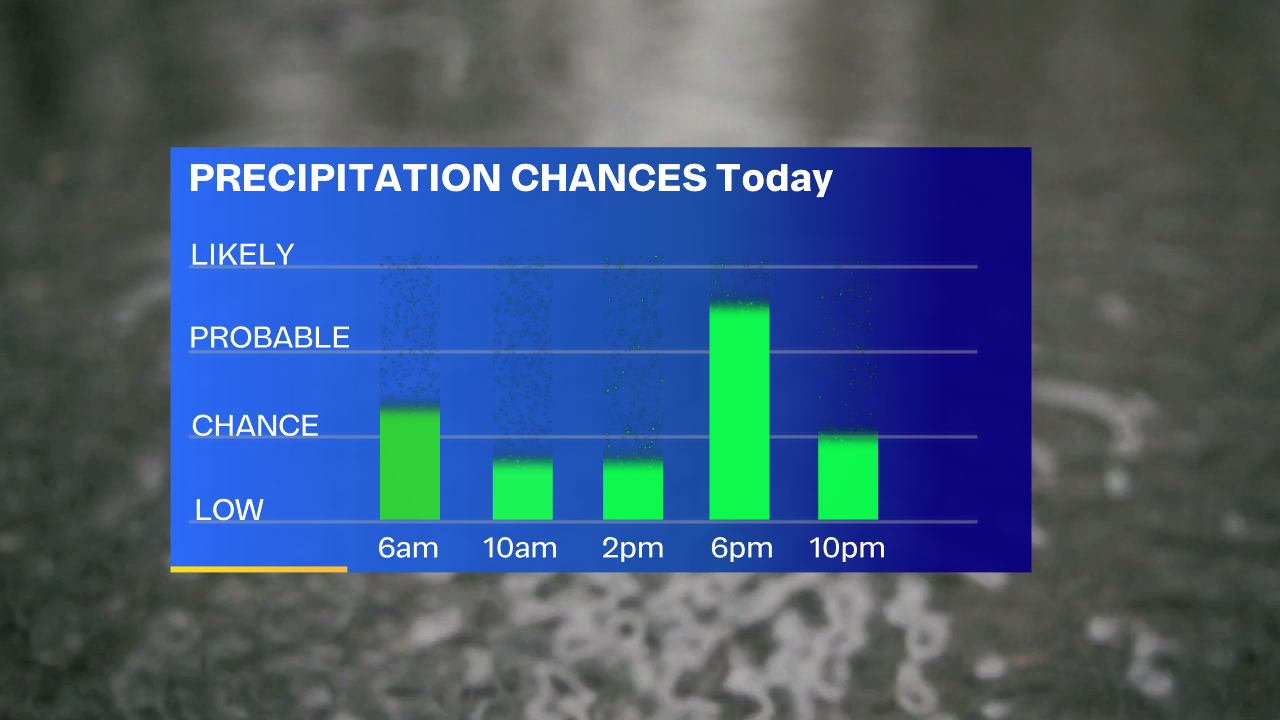 Rain has been “around” the area and even actively raining north and west. Our best chance at widespread heavy rain and severe weather is later this afternoon and especially this evening. 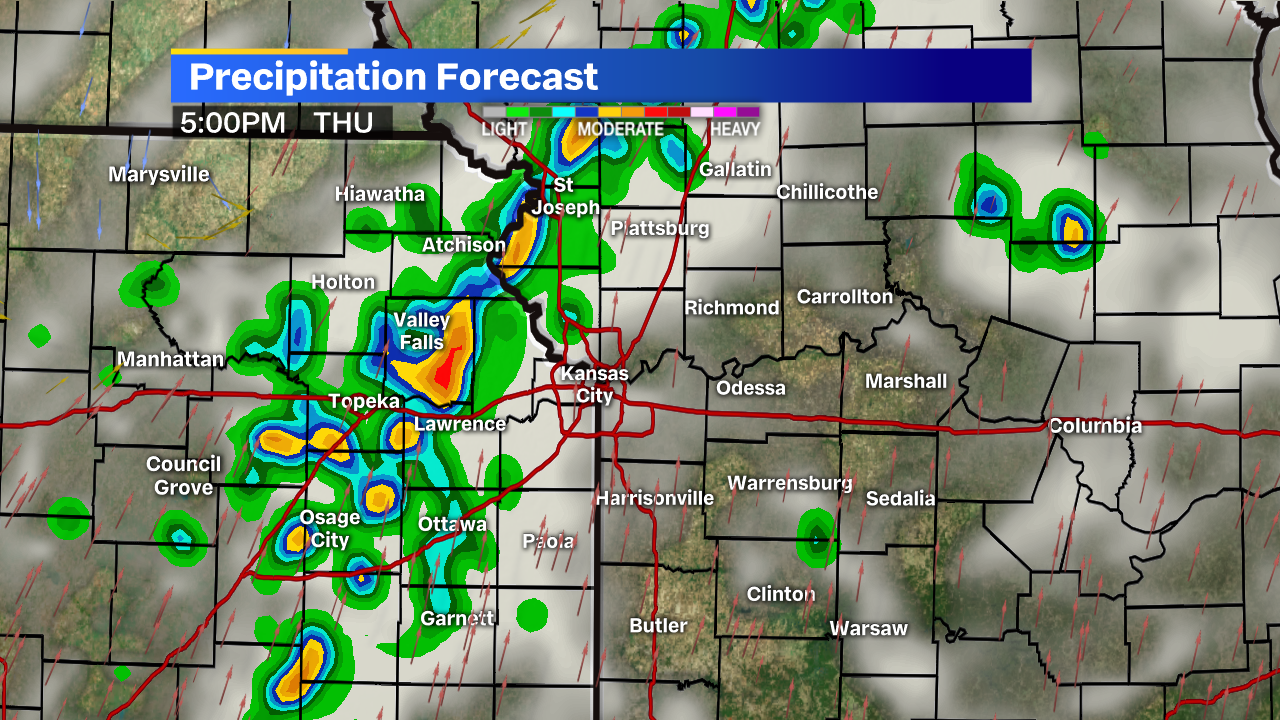 We’ll watch this line of showers and thunderstorms develop more significantly later this afternoon to the north and west of the immediate metro. This is when we’re expecting the strong/severe storms to initially develop and become an issue. 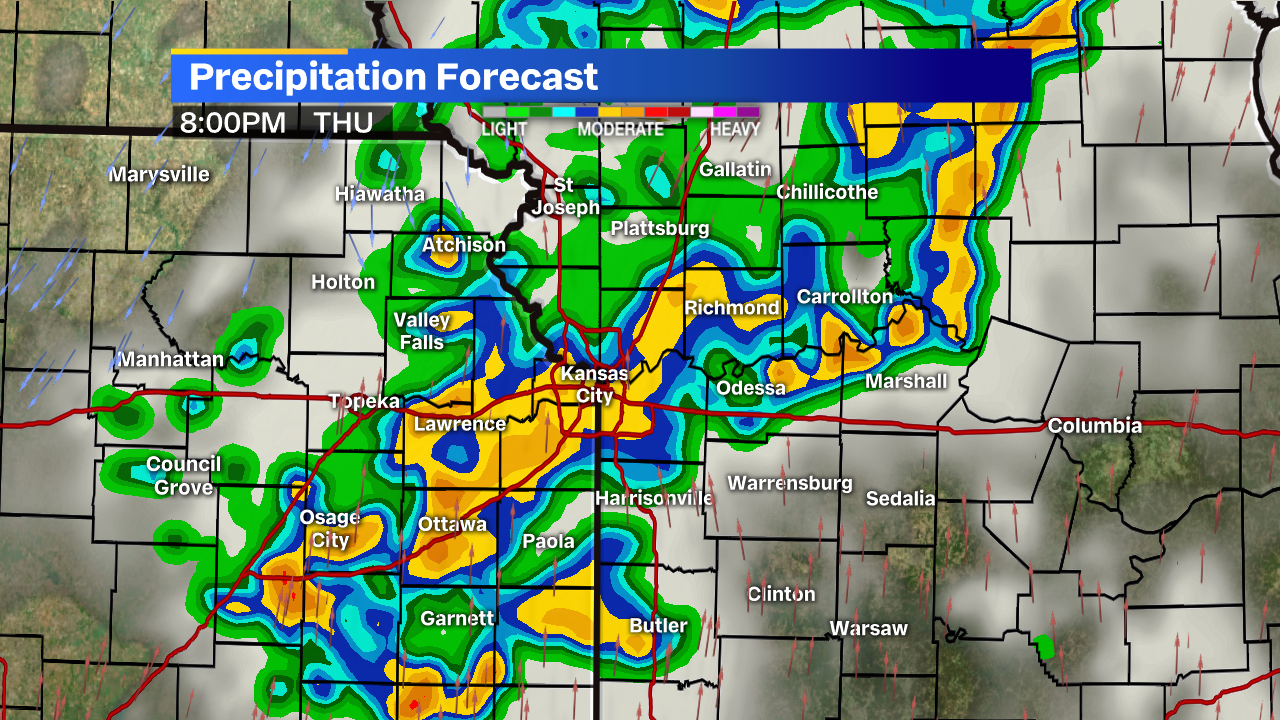 Later in the evening, more of a widespread line of storms is expecting at this point. During this time, especially south and east of the metro, an isolated tornado is not out of the question. For most of us, there are 3 significant things to deal with in these storms tonight: 1) Flooding 2a) Hail 2b) Wind. 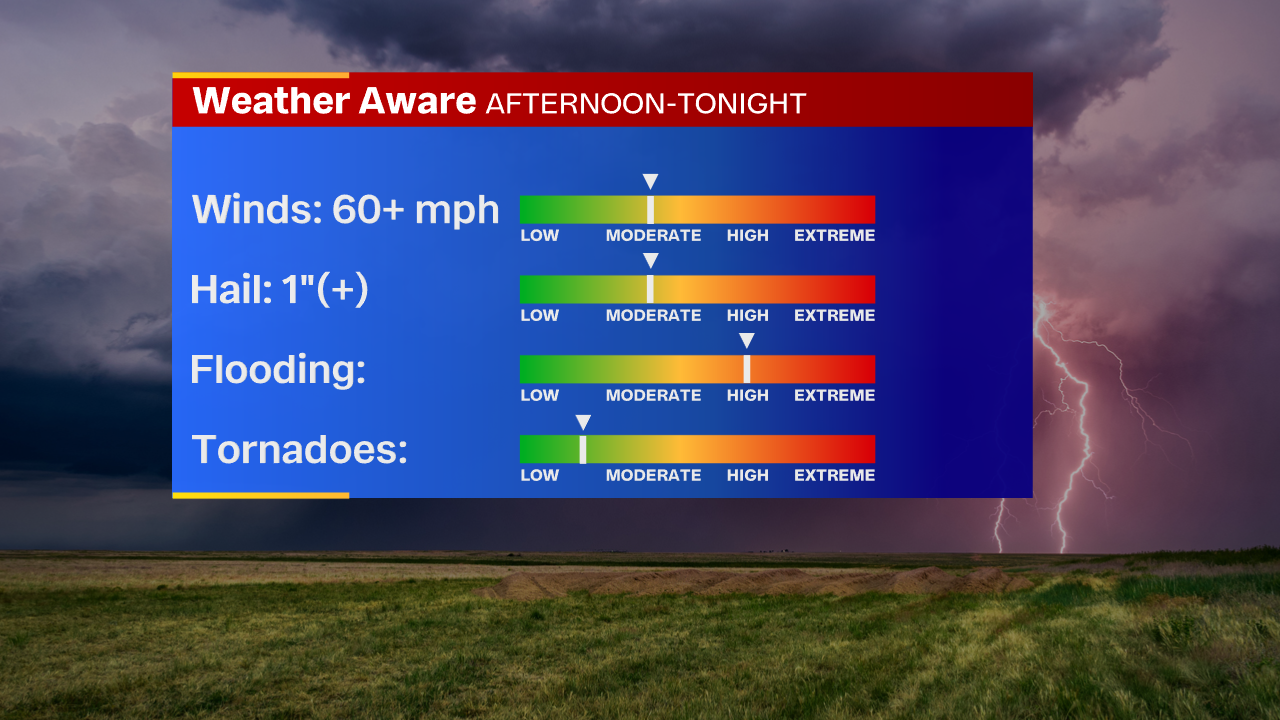 Flooding is going to be the main thing tonight with some rather high rainfall rates and repeated movement over the same locations.  The setup for large hail and then later straightline wind gusts between 60-70 mph is very possible later as well. As mentioned above, tornadoes are not out of the question for some of us, but that’s not going to be the primary threat tonight. 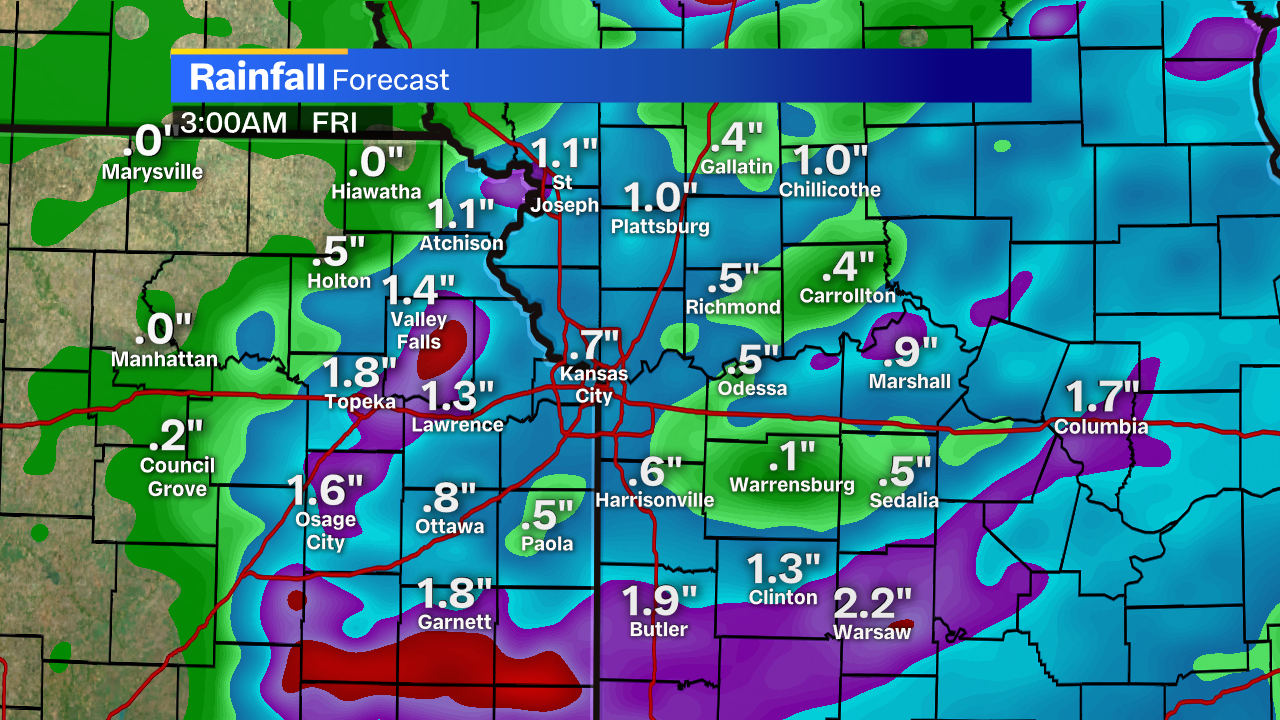 Friday morning’s rain totals suggest at least a half an inch of rain area wide, but notice a few areas pushing close to 2″ by the early morning hours. Some localized regions may even top out near 3″ under the right situation.  Remain Weather Aware and we’ll keep you posted the rest of the evening.